Programming language Julia has over 2.5 lakh users already. Viral Shah, one of its developers, has much to gloat about.

BENGALURU: For the thousands of children who regularly participate in IT quiz z es in Karnataka, this might well be a question in future editions of the same: The Indian programmer Viral B Shah, along with his friends Jeff Bezanson and Stefan Karpinski, and Alan Edelman from Massachusetts Institute of Technology, developed which fast growing programming language? The answer: Julia. 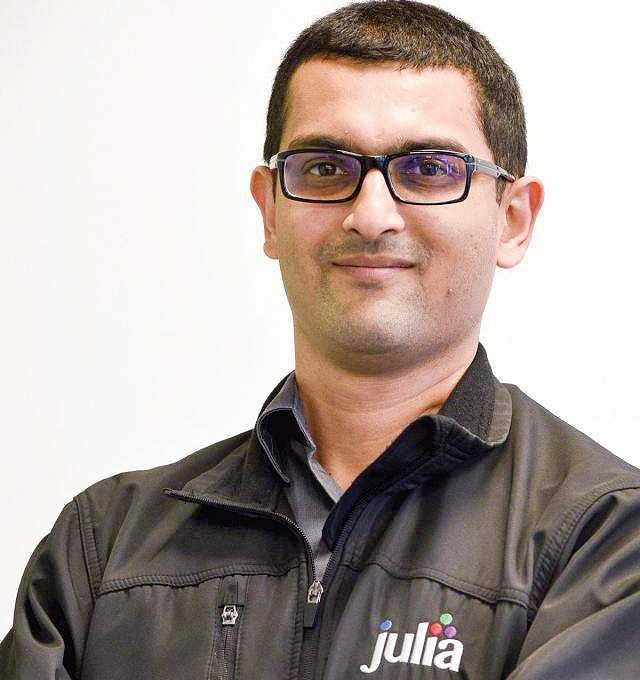 After the developers went public in 2012, Julia now has 250,000 users around the world and are doubling every nine months. What makes the development exciting for the IT sector in the city is that the contribution from Bengaluru has been important. “We have had a dozen or more contributors in the city, working to improve the services provided by Julia. Their contribution has helped Julia grow better,” Viral Shah, CEO of Julia Computing, said. While the number of users is large, there are only about 500 contributors.

Though the fine details of the programming language are a bit hard to comprehend, the language is being used to explore new avenues in different sciences across the globe. For instance, Celeste. Celeste is a programme of the the University of California, Berkeley which analyses images from the Sloan Digital Sky Survey. Using the data and programming tools offered by Julia, scientists are identifying new galaxies for further exploration and to understand the features of the universe.

Viral says that promising days are ahead for the company, as it has launched various other services based on Julia. “While the language is Open Source, if a user has to run a programme on a cloud, we also offer that product,” he said. The firm is currently in talks with several firms which offer cloud services, so as to expand their user base in the coming days, he added.

Earlier, scientists used to code with languages such as Python or R, and programmers would write the code with C++ or Java for faster execution of a programme to find solutions associated with data mining and others. The problem with this was that it introduced a lot of errors, basically since ideas were ‘lost in translation’ between the two programming languages, he explained.