Green Chaturthi has feet of clay

Switching to clay Ganesha is not necessarily environment-friendly.Ecology of water bodies can be disrupted by large-scale dumping of these idols

BENGALURU: BBMP estimates clay Ganeshas will outnumber PoP ones at immersion sites this year, but even that does not bode well for lakes' ecology. “Last time there was a considerable reduction in PoP Ganeshas and this time we are estimating most of Ganeshas to be made of clay,” says Sarfaraz Khan, Joint Commissioner (SWM and Health), BBMP. But, “large amounts of clay deposit in lake can reduce its depth and kill vegetation,” says Dr Nandini N, professor and prinicipal investigator at Bangalore University. Dr Priyanka Jamwal, fellow at the Centre for Environment and Development, Ashoka Trust for Research in Ecology and the Environment, notes clay deposition on a large scale increases turbidity of the lake. “This would then hurt its ecosystem,” she says.

Varthur could take a hit 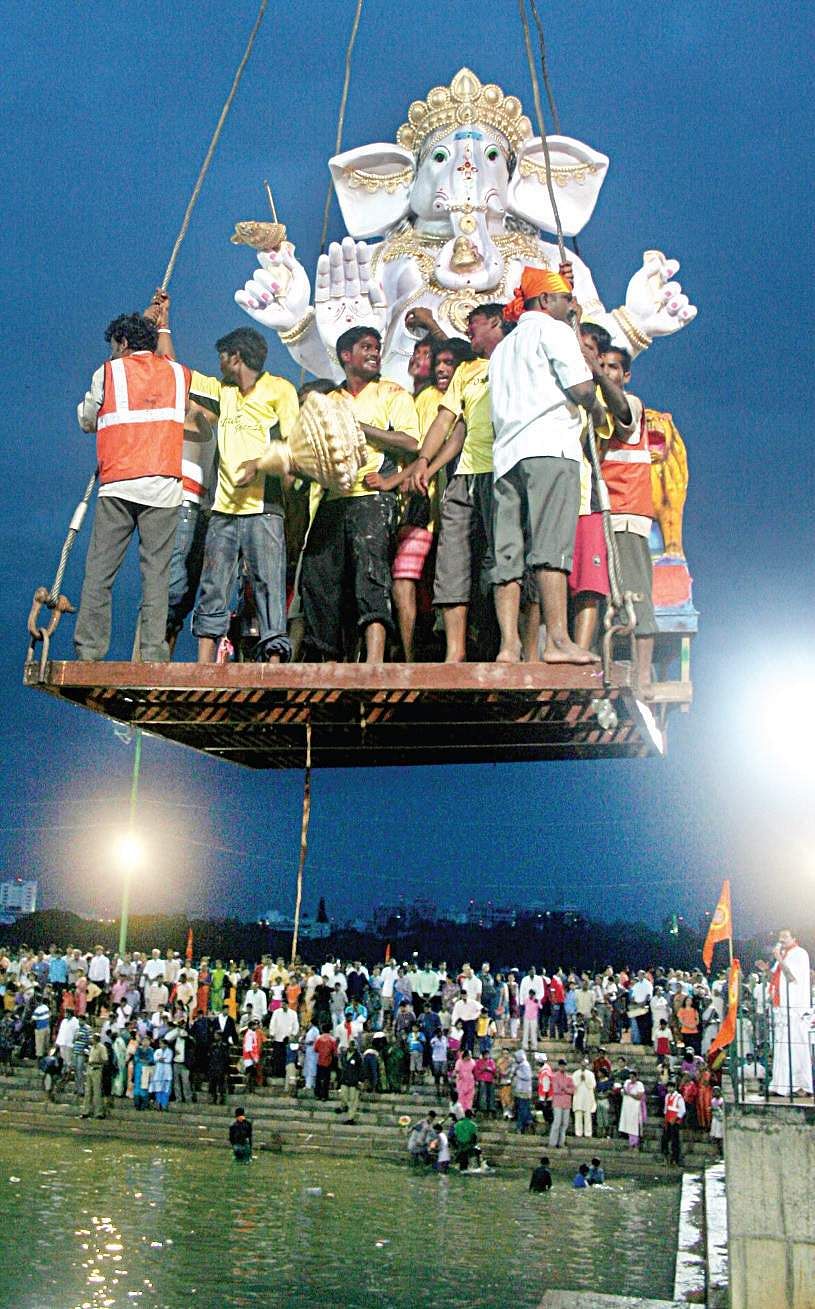 Last year, the researcher visited the Ulsoor Lake during Durga Pujo. “They had a separate tank for immersion of idols, but the water from this tank is pumped to a bypass channel that goes to the next lake and ultimately enters Bellandur Lake,” she says. Water from Bellandur Lake trickles down to Varthur Lake, notes sociohydrologist Veena Srinivasan. So, will this eventually spell more worries for Varthur Lake? “If the clay Ganeshas are immersed in large quantities, yes,” responds Veena. Large amounts of clay will reduce the volume of water the lake can hold, she adds. “Clay sedimentation on a large scale makes the bottom impervious, hampering the recharging of lakes,” says Dr Priyanka. Dr Sandhya, nodal offi cer (Managed Health Care), BBMP, however says that the separate kalyanis are emptied out to fertilise plants. But she did not specify vegetation in which area(s) will benefi t. Ulsoor Lake is part of the Koramangala- Challaghatta (KC) valley chain, which according to an IISc study by Prof TV Ramachandra and his team has more polluted lakes than the ones in Vrishabavathi and Hebbal valleys. The professor at the Centre for Ecological Sciences says that painted idols, PoP or clay, should be disposed off effi ciently. “Painted idols let out heavy metals that get into our groundwater system,” he says. He adds that people should immerse clay idols in buckets and empty them in their own garden. Vegetable dyes too can be harmful in large quantities. “Large amounts of nutrients in a lake that is low on water will ruin its ecology,” says Veena. Following the disolving of eco-friendly Ganeshas, their frames add to the solid waste, says Priyanka. Prof Ramachandra says that all the city lakes are sewagefed. “Why do you do puja of Ganesha in the morning and then make him drink sewage,” he asks.

PoP idol can take a dip

Dr Sandhya says those who come to the immersion sites with PoP idols will not be turned away. “PoP idols will be dipped in the kalyanis and handed over to BBMP assigned vendor. Only clay idols will be allowed to be immersed,” she informs. Forty two mobile tanks by Karnataka State Pollution Control Board, 227 temporary ponds and 35 kalyanis near lakes deployed by BBMP will serve as immersion points.