Indiranagar wants tipplers off the roofs

BENGALURU: The month of December means big business for bars and pubs in the city due to the festive season. However, for residents of Indiranagar -  the main watering hole in the city -  it just means an aggravation of their long-standing problems. Rooftop pubs and restaurants blast loud music and their patrons, get noisier and rowdier into the night.

A surprise inspection by senior officials from Bruhat Bengaluru Mahanagara Pallike, conducted after much persuasion from the residents, led to the shutting down of two rooftop joints for operating from illegal, temporary structures. Officials say that the drive against such establishments will continue, including checks at more than 20 joints listed down by the residents.

Vinoo Thimmaya has been a resident of HAL 2nd stage Indiranagar for the past 20 years. However, it's only in the last three years he claims he has faced a harrowing time due to two pubs that have come up right next to his building. "I stay in building 266. Next to me is building 277 whose upper floor was occupied by a bank. Sometime back Tippler on the Roof came up on the roof of the building. After that another bar called Bottle & Glass occupied the top floor," says Vinoo.

Vinoo has a 90-year-old mother whose sleep patterns have been affected ever since the two bars were established. "She suddenly wakes up at night as a result of the noise and can no longer sleep. The music apart, the shouting by people inside the bar sometimes become very loud," adds Vinoo. There are also parking issues, law and order problems that come with the two bars. 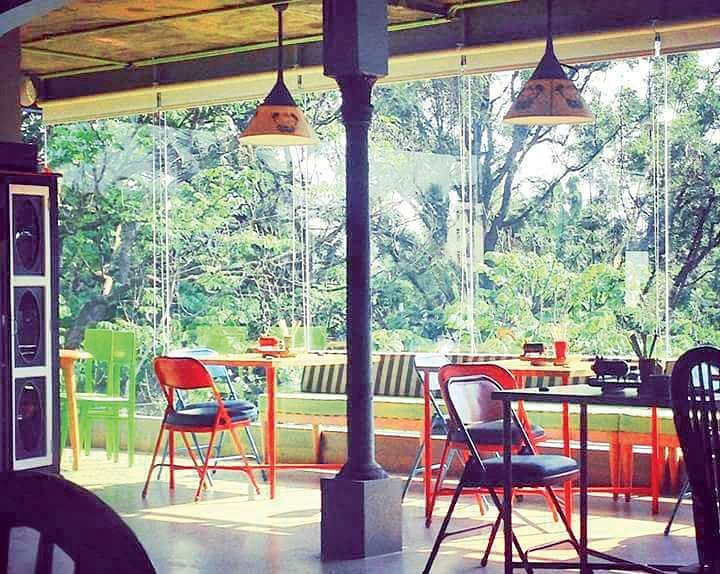 While Tippler on the Roof was recently shut by the BBMP, Vinoo fears that it would reopen again. Vinoo says that the pub was shut for a few days after a High Court order on the matter was passed earlier this year. It was reopened later and then shut again a few days back after the BBMP inspection, led by Dr Ashok, Joint Commissioner (East). A spokerperson from Tippler says, "We have not shut down. We have just been sealed by BBMP due to a previous court order in April. The HC has not asked the BBMP to close us down, they have only asked the BBMP to inspect the issue and find out what the problem is along with the sound levels. The BBMP sealed us then and again now without any new order," he says. He further says they will fight the sealing of the place legally. "If we were operating illegally why would we get a trade licence to open two years back. It was not a problem then but now it is a problem? Authorities need to communicate to us in a proper manner," adds the spokerperson.

Even though Bottle & Glass is not on the rooftop, it was open on two sides - one towards the road and another facing Vinoo's compound. He says, "People used to throw bottles, cigarettes and even vomit on my compound from the bar. I complained to the police and the bar has since shut the part opening to my compound. The other side is however still open and blares loud music regularly." Rajgopal BM, owner of Bottle & Glass says that since the police inspection, he has sound proofed his pub. "We used to have eight speakers. Now we have reduced it to four. I can challange anyone who says our sound goes above the permissible limits."

Although there is no official data on how many rooftop bars and pubs are there in Indiranagar, residents have compiled a list of around 24 such establishments and have asked the BBMP to immediately close down such establishments.

During the drive, Dr Ashok shut down two rooftop bars  - Jonah's and Fatty Bao, on 12 Main road, HAL 2nd Stage. "At Jonah's we found out that they had erected a temporary structure. We have not given any licenses to these establishments," says Ashok. According to the rules no bars can come up on any temporary structure on a rooftop, he adds. He further told CE, "We are going to inspect all the 24 establishments as listed by the residents and we will shut them down if found illegal. The drive will be carried out gradually," he adds. A representative at Jonah's told CE that they were "unaware about the rules related to rooftop bars." A spokerperson from Fatty Bao says the rooftop portion has been closed since the BBMP inspection and legal recourse is being planned.

Temporary sheds can’t stay
According to the BBMP Building Bylaws 2003, temporary sheds may be put up, not earlier than a month before the commencement of the work and shall be removed immediately after the completion of the work (Section 3.11.1); Temporary structures used for running establishments of commercial in nature, religious and cultural programmes etc, shall be permitted according to the purpose for which these are used by the special permission of the authority for a limited period and subject to conditions imposed in the permission. Such structures shall be completely removed on the expiry of the period specified in it. (Section 3.11.2)

Follow national building codes
N S Markendeya, Deputy Director, Karnataka State Fire and Emergency Services:  Any commercial buildings and high rises of 15 metres and above height have to obtain NoC from the fire department. There are a number of national building codes that need to be fulfilled, zoning regulations, fire norms and installation of emergency and safety implements as per recommendations of the National Building Code under zoning regulations. If a building is constructed without following these procedures we can take action as per our roles. We will send notices to the builder and occupier before that.

‘Illegal constructions’
Sneha Nandihal, civic activist and president of an RWA in Indiranagar also shed light on a few new illegal constructions that are coming up on 100 feet road. One of them is what residents say is yet another pub near KFC Junction. "The pub is at 2nd main abutting residences on both 1st and 2nd main. It has has no parking space at all and yet it has got permission to be built. They will end up parking in front of residents' houses and on bylanes and even pedestrian footpaths. There is growing commercialisation of bylanes that needs to be stopped," she adds.

Living on 4th cross road only a few meters away from the building that has Jonah’s bar, is Lakshman G and his family who have to bear the brunt of the daily partying at the place. “The place has karaoke nights that go on until 1.30 am. It gets very loud at times. I have been living around here for the past 40 years and have seen this locality change for the worse. There are other numerous other issues such as drunken brawls and loud talking that happens just right next to my front gate,” says Lakshman. Rajesh Dangi, another resident of 12 A Main, 3rd cross, HAL 2nd Stage road has major complaints against bars on this road. “We can hear entire songs throughout the night. Sometimes people from these bars come out and drink in their cars and throw the bottles everywhere. It is a total nuisaace,” he adds.