BENGALURU: A doctor and an inventor of medical appliances does something equally creative in his spare time -- stand-up comedy.
Dr Jagdish Chaturvedi is an ENT surgeon and an entrepreneur whose firm Innaccel has developed devices which offer cheaper options than the once in use. Many of his devices are already in the market and have been put to use. In addition, he is also a stand-up comedian who is invited to perform at various platforms, including conferences for doctors and entrepreneurs that he attends. He recently performed his first live show at Rangasthala at the Rangoli Metro Arts Centre. 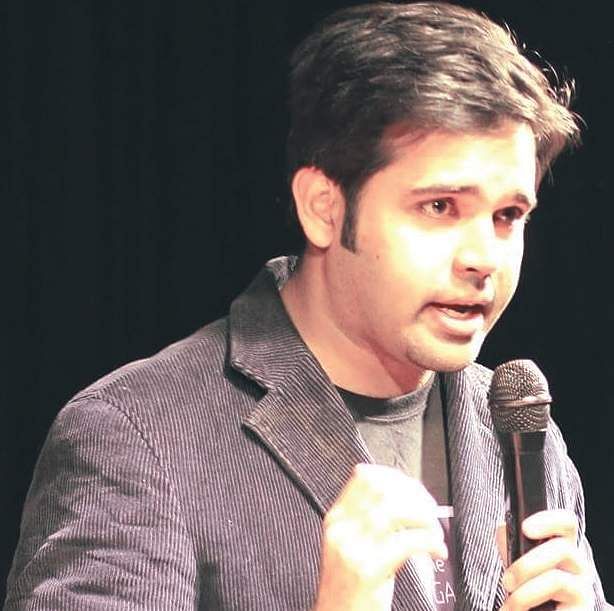 Speaking about the show, he says, “It was quite good. The audience mostly laughed at the right moments and in some places I realised I need to get better.”
Clips from the doctor’s performance have been uploaded on his Youtube channel, innovatively named ‘The Magaa of Small Things.’ And the videos have garnered good number of views -- up to 78,000. The subjects of his shows are diverse and range from the problems men encounter in a relationship to anything that he picks up from his patients. In fact, during all the time that he works, he’s also on the lookout for anything that could provide him with material for his stand-up shows. The titles of some of his videos are ‘Compliments that sound like insults’,

‘Creative ways to share real feelings’ and ‘That friend who wants you to share a story.’
He has a special bunch of jokes reserved for doctors and another set for entrepreneurs which he only performs for the respective audience, usually at the conferences he attends. He says, “My USP is that my humour mostly arises from my observations and it is clean. And there are subjects that everyone relates to - like traffic and parking.” Dr Jagdish is currently gathering content for another live show, when he’s not inventing medical devices of course, or even doing theatre -- yet another of his passions. He hopes to do the show by April or May.