Artists craft a museum that can travel and display works expressing their anguish against incidents of molestation.

BENGALURU: Eduardo da Conceicao, a Berlin-based architect has designed a ‘Museum of Memories, as a part of the BangaloREsidency project with the Sandbox Collective at the Max Mueller Bhavan.
Nimi Ravindran, co-founder, Sandbox Collective, says, “It’s called the Museum of Memories, because memories are what that make us, and it’s an interesting exercise to see what our memories or responses are to issues that concern gender and equality.”

Eduardo highlights the object of the initiative as a a multilayered cultural project that combines a broad range of unconventional strategies and initiatives. “For the moment, its transformed itself into the Museum of Memories, but tomorrow might gain a new dimension.” 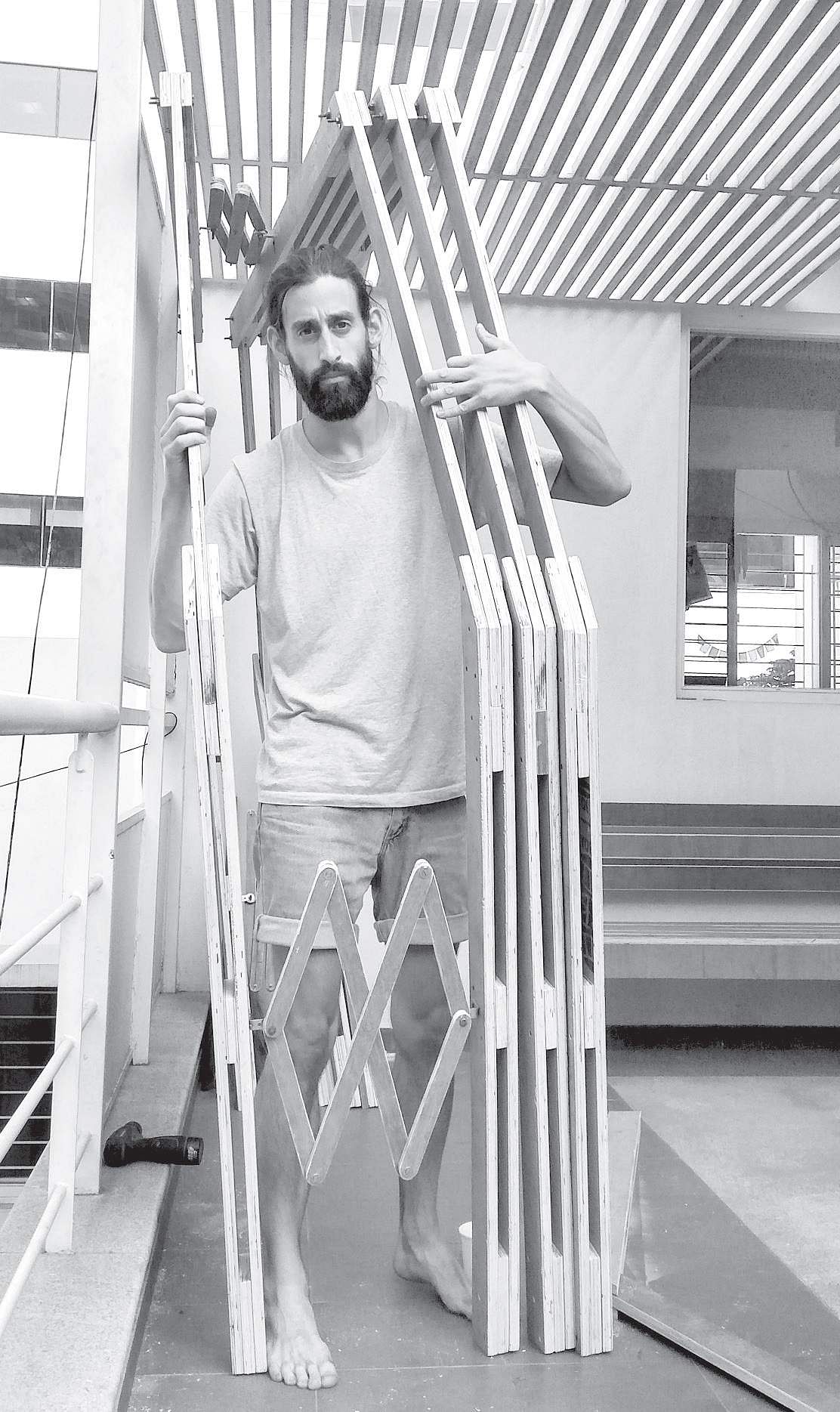 Art against Assault
Intended to be an ongoing series, this is the first edition of The Museum of Memories. There are 17 artists participating. “The idea to work around the theme of gender and equality was triggered by the incidents of assault against women in various parts of Bengaluru on the New Years Eve. The artists have all worked at very short notice to help us set the museum up,” adds Nimi.
The portable museum hopes to be a space that can appear anywhere, and open up to different kinds of work, constantly changing, shifting and responding to the environment around it. It does not address the social issues but responds to them through the art. “More than the incidents, I think artists have responded to the way our leaders and other eminent personalities have responded to the disturbing incidents,” adds Nimi. Eduardo says, “We were planning on a different theme but since this incident happened, we thought it is more appropriate to use art in this direction.”

Record Memories
The Museum of Memories will also have a Live Booth. It is a secluded space within the museum, that they call it a space for shared memories. Anyone can go in there, face the camera and share a memory, opinion or any experience. You can do this alone in front of the camera, by drawing the curtains or in front of other people by opening the curtains and sharing their experience with the others. Nimi concludes, “It is a perfectly simple structure, that is collapsible and easy to set up and dismantle. This one is a prototype and we hope to work more on the idea of the portable museum in the coming months and years.”