This techie will teach you Spanish in 6 hours

Flying off to Spain and need someone to teach you the local language in hours? Well then, you are in for some good luck.

BENGALURU: Flying off to Spain and need someone to teach you the local language in hours? Well then, you are in for some good luck. A Bengaluru techie has pledged to teach the language to anyone in six hours.Mousumi Ghosh will be hosting a workshop in the city to teach the language. “The target audience is the people who want to learn the language in a short span of time, especially if they are travelling to Spain soon,” says the 28-year-old.

According to Foreign Services Institute (FSI), Spanish features in the top seven easiest languages to learn especially for those who know English, given that both the languages have Latin roots. The two languages use Roman alphabets and phonetically sound similar.Mousumi learned Spanish six years ago in West Bengal out of sheer interest, but pursued teaching it when she moved to Bengaluru five years ago. She teaches the language at Indian Institute of Foreign Languages and Institute of Indian and Foreign languages in the city and in private coaching classes. 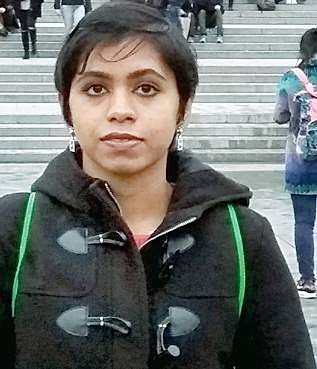 The workshop  ‘Spanish in a Hurry’ is a guide for people to make-do with the language when they travel. “People may not be able to commit to a six-month course as I did, so it is a crash course to learn the language in two days,” says Mousumi. Basic greetings, introductions, reading, writing, asking for directions and the weather will be taught in this basic course of three hours each day. “It is not guaranteed the participant will be fluent, but their interest in the subject will spike,” she adds.

Pronunciations and grammar rules will be taught. The idea of the workshop is to help one in self study. “Over my years of experience with Spanish, I have discovered over 1,000 websites that provide study materials. I will be sharing them with the participants,” says Mousumi.The study materials for A1 level will be circulated at the session. She promises the workshop will be interactive with audio and video lessons. A curated list of apps that will aid language learning while travelling will be shared with the participants at the workshop. ‘Spanish in a Hurry’ will be held  at Lahe Lahe on July 22 and 23.