‘We want our costume to be as legitimate as saree’

Around 20 women from the Northeast are scheduled to come together to express their solidarity to Tailin Lyngdoh who was thrown out of the Delhi golf club for wearing jainsem.

BENGALURU: Around 20 women from the Northeast are scheduled to come together to express their solidarity to Tailin Lyngdoh who was thrown out of the Delhi golf club for wearing jainsem, informs Rini Ralte, who is organising the protest. 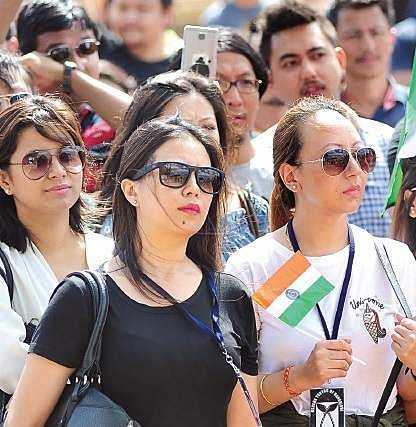 Rini invites everyone in the city to come and join their silent protest that fights for their right to wear their traditional attire.  “We have asked people to dress up in their traditional attire and protest in silence, to represent our true identity and not to hide in shame for who we are,” says the 61-year-old.
With the protest, she aims to bring unanimity to the community’s identity and throw light on their culture and dressing style. “The silent protest will help raise awareness on our past and make people understand that we matter,” adds the theology professor at United Theology College (UTC).

Though Rini herself dresses up occasionally in jainsem, she says that she has never faced discrimination in the city because of her attire, but has instead been complimented often on it. “On learning about what happened to Tailin Lyngdoh, I took it upon myself to represent my culture publicly through this protest in Bengaluru,” says Rini. The city-based professor is expecting people from her community to join in traditional attire in the city. “I hope to see people of all ages and different parts of Northeast at the protest,” she says.

Another protestor who will be joining in is Batista Das. “We want our costumes to be accepted as legitimate as saree is,” says the professor from Indian Institute of Science. She moved from Assam ten years ago and has been residing in Bengaluru since. Batista believes the protest is the need of the hour, especially when the community is fighting to reinstate their identity.

“I have never been discriminated in Bengaluru, but when I wear traditional clothes people always look at me inquisitively,” she says. This is because such attires are not as commonly visible, she adds. “This protest is also about fighting ignorance among people regarding North East’s culture and people,” says Batista.The silent protest is scheduled to be held at Town Hall on July 7, 5 pm.