The DIG has send another report after she kicked up a storm with a report highlighting alleged irregularities and corruption in Bengaluru’s Parappana Agrahara Central Prison. 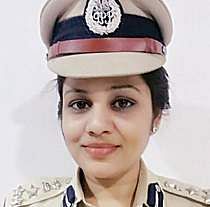 This time she has questioned Rao’s inability to act on the first report sent by her, said sources in the prisons department privy to the report. She also questioned why no action was taken against department officials, who encouraged inmates to stage a protest after her report. She wrote that some officials spoke to the media and made allegations against her, but no action was taken against them.

The Central Prison, the crux of the feud between the two IPS officers, also saw visits by both officers on Saturday. Rao’s visit raised eyebrows as it came just a day after a probe has been ordered by the government into the allegations raised by Roopa.
Rao, who refused to speak to the media after visiting the prison, is said to have closely looked at several documents, including records related to some inmates, at the jail superintendent’s office. He also visited a few barracks and directed officials to make some changes, sources said. It is, however, not clear what changes he sought.

Department officials questioned the propriety of such a visit that could be seen to influence jail staff just ahead of a probe.
Hours after Rao left the prison, Roopa along with a Police Sub Inspector visited the prison and went through CCTV footage and other records of her earlier visit to the central prison. There was also some tense moments during Roopa’s visit after Jail Superintendent Krishna Kumar, along with five
inmates, arrived when the DIG was interacting with some inmates and tried to interrupt the meeting.