City Police Commissioner Praveen Sood on Saturday warned pro-Kannada activists that action will be taken against them if they violate law and order.

BENGALURU: City Police Commissioner Praveen Sood on Saturday warned pro-Kannada activists that action will be taken against them if they violate law and order. He was speaking to reporters about the blackening of Hindi signboards at Metro stations. 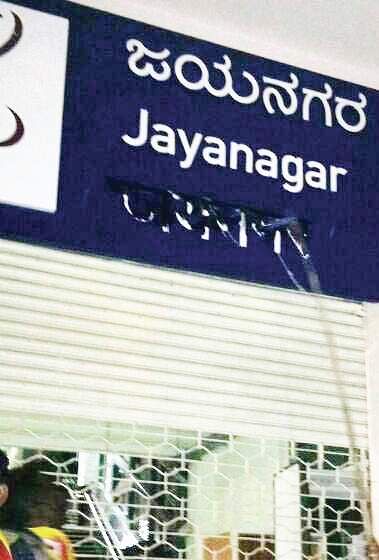 He said, “Nanna janma bhumi bere, nanna karma bhumi Karnataka (My birthplace is different, but my workplace is in Karnataka). The activists have the right to fight for issues related to language and other topics. The police will support them if they do it within the ambit of law and order. But Kannada activists taking law into their hands will not be tolerated and stern action will be taken.”

The city police have filed 36 cases against pro-Kannada activists, including Narayanagowda, president of Karnataka Rakshana Vedike in Bengaluru, after some of the protesters entered Metro stations late in the night on Thursday and blackened Hindi signboards. Six activists were arrested on the charges of destroying public property.

The activists, however, alleged that the city police wrongly booked them under Section 153(a) of the IPC on charges of promoting enmity between different groups on grounds of religion, race, language and for indulging in acts prejudicial to maintenance of harmony.
Kalasiplaya police, who registered a case against Narayanagowda on Friday, said efforts are on to nab him.