College managements are collecting up to D35,000 more for facilites like library, Wi-Fi, lab, skill training and others

BENGALURU: Despite directives from the Union Ministry for Human Resource Development, Visvesvaraya Technological University, Belagavi, and even the state Higher Education Department against collection of excess fee from CET students, many colleges are continuing to do so.
The first round of admissions to under-graduate engineering courses were completed recently and the second round is going on. 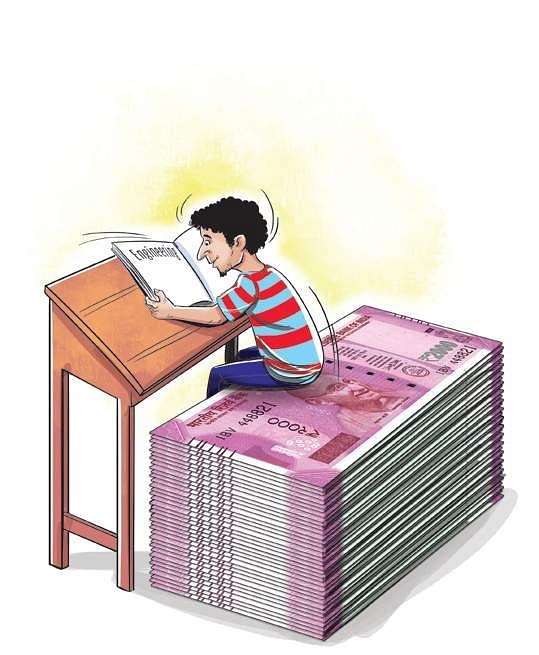 Several students who have got seats at some of the engineering colleges in the city allege that the colleges are demanding excess fee in the name of facilities like library, e-journals, laboratory, Wi-Fi, skill training, IT support, etc. This ranges anywhere between `6,000 and `35,000.
The Admission Overseeing Committee, appointed by the government and headed by retired High Court judge Anand Byrareddy too has been getting such complaints, sources said.

Some colleges have even announced details on the additional fee on their websites. For instance, R V College of Engineering is charging `35,400 for those who got admission under Common Entrance Test (CET) quota. Students from outside Karnataka have to pay `36,900 and those from outside the country have to shell out `46,900 for this academic year.

As per information available, other colleges which are allegedly collecting excess fee include NITTE Institute of Technology, Sapthagiri College of Engineering, PES University south campus, Dayanand Sagar College of Engineering.
Earlier this year, private engineering colleges had demanded a 25 per cent hike in fees but the Higher Education Department managed to convince them not to hike it. But now, colleges are demanding excess fee to be paid during admission though the CET students have paid the tuition fee at Karnataka Examinations Authority.

The college managements are justifying the excess fee saying, “This is collected for the extra facilities available and provided at the campuses and is not part of the regular tuition fee.”
“The additional fee is not only for the first year. We have to pay for all the four years. What is the use of getting a seat under government quota by clearing CET if we end up paying such huge amounts,” questioned a student.