EVERYONE HAS A STORY
By Savi Sharma
Pages: 184

Meera, a fledgling writer who is in search of a story that can touch millions of lives. Vivaan, assistant branch manager at Citibank, who dreams of travelling the world. Kabir, a cafe manager who desires something of his own. Nisha, the despondent cafe customer who keeps secrets of her own. Everyone has their own story, but what happens when these four lives are woven together?

Pull up a chair in Kafe Kabir and watch them explore friendship and love, writing their own pages of life from the cosy cafe to the ends of the world. This book is hard to put down, as it speaks about things we explore in everyday life. Savi Sharma is a simple girl from Surat, and is the co-founder of the motivational media blog Life & People. Everyone Has a Story is her debut novel inspired by stories around her.

This book depicts the life and times of the pioneer, the perfectionist, and the devil that Steve Jobs was. To chronicle his life, Isaacson had to interview several of his competitors, colleagues, friends and family. Jobs himself contributed to this biography by engaging in more than 40 interviews with Isaacson.

At a time when the digital world was craving a massive revolution, Apple resorted to a completely different model of creative perfection that proved that the sky is not the limit for the possibilities of engineering marvels. Jobs was a college dropout who had a great time in the counterculture, only to leave all of it to begin Apple Computers with his friend Steve Wozniak in a garage. This biography became a New York Times bestseller.

The Girl Who Knew Too Much
By  Vikrant Khanna
Pages: 224 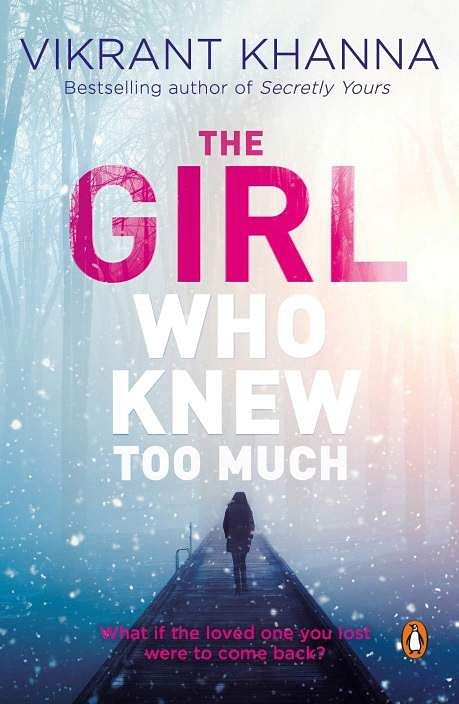 Can true love bring someone back from the dead?Akshara is left devastated by her mother’s death and spends most of her time in solitude at the local park. One day, as she is sobbing uncontrollably, a young man named Harry approaches her. They become friends and Harry recounts to her a story about the miraculous reunion of a young woman and her dead boyfriend to help ease some of her pain.

The story makes Akshara hopeful that she can perhaps see her dead mother again. But she soon realizes that Harry isn’t what he seems to be. Even the characters in his story seem dubious, almost unreal. So what is he hiding? And why? Is there any truth to his story at all? In this darkly suspenseful romance mystery, Akshara is left facing a truth that will make her doubt everything.

The great Norse myths are woven into the fabric of our storytelling,from Tolkien, Alan Garner and Rosemary Sutcliff, to Game of Thrones and Marvel Comics. They are also an inspiration for Neil Gaiman's own award-bedecked, bestselling fiction. Now he reaches back through time to the original source stories in a thrilling and vivid rendition of the great Norse tales.

Gaiman's gods are thoroughly alive on the pageirascible, visceral, playful, passionateand the tales carry us from the beginning of everything to Ragnark and the twilight of the gods. Galvanised by Gaiman's prose, Thor, Loki, Odin and Freya are irresistible forces for modern readers and the crackling, brilliant writing demands to be read aloud around an open fire on a freezing, starlit night.