Traffic Stress Syndrome is triggered by chaotic traffic. Working professionals are most vulnerable to this condition.

BENGALURU: Sireesh (name changed) has a phobia, he cannot drive his children to school for fear of driving through crowded roads. His daily commute to work is a nightmare and the worst of it is taking the flyover. “He would have to drive in half-clutch, in the slow-moving traffic, and he is terrified of losing control,” says Ayesha Sagir Manappat, a clinical psychologist at Aster CMI Hospital.

Traffic-stress syndrome is real and according to Ayesha, one in ten drivers have this condition. “The most vulnerable are young drivers, between 25 and 40 years,” she says, adding that even people who use public transport while commuting to work are affected. 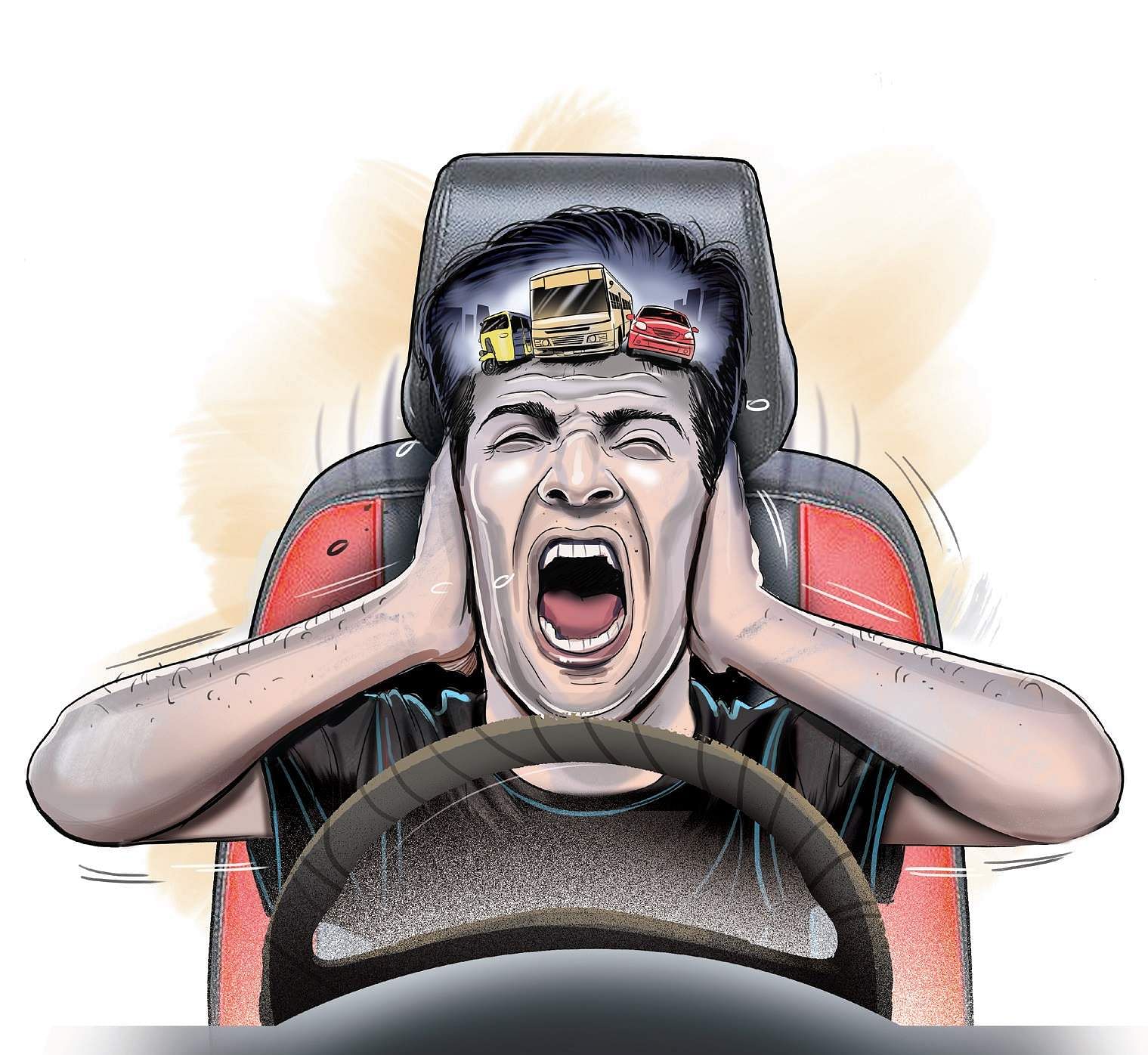 Many people are not aware of this condition and seek medical help when they experience excessive irritability or reduced focus. Dr Pallavi Joshi, Consultant Psychiatry at Columbia Asia Hospital in Whitefield, says that she once had a patient who complained of recurrent chest pain. “During the clinical interview, we found that the reason was traffic stress,” she says. She says that the vulnerable population is much younger that Ayesha’s estimates and pegs the younger age-limit at 19 years.

This new condition can catch people off guard and even lead to physical altercations by otherwise mild-mannered drivers. Dr Shubha Madhusudhan, Clinical Psychologist at Fortis Hospitals, came across a driver who had stepped out of his car and bashed up a 10-year-old biker for driving on the wrong side of the road. The older man was caught in an embarassing situation at the police station and the younger child was shocked. “Many of the 29 to 39 year olds have lived abroad and have seen experienced better lane discipline, they come with the same expectation to Bengaluru,” she says.

A recent survey done by Fortis Hospitals, says Shubha, showed that people driving recklessly and on the wrong side of the road can cause much irritation to the driver coming from the opposite side.

“Slow-moving traffic, honking, crowds, the heat and lack of greenery can all contribute to the worsening of this condition, along with a person’s threshold to experience and tackle stress,” says Ayesha. Even Pallavi agrees that the Syndrome can be set off by multiple factors including a previous traumatic road incident like accidents.

Dr Jai Babu, Consultant Interventional Cardiologist at Narayana Multispecialty Hospital in Whitefield, says that he is a victim himself. He is from the quieter Mysuru and has moved to the “busiest traffic zones”. “Generally, it takes around one to one-and-a-half hours to cover just 10 km in this city...  And I have been experiencing high BP reading, frequent headaches and cognitive deficits,” he says. This senior cardiologist says that the Syndrome can also cause emotional outbursts and impulsive behaviour.

Dr V Mohan, chairman of Dr Mohan’s Diabetes Specialties Centre, says that even anxiety to keep an appointment and bored and irritated children in the car can cause TSS (Traffic Stress Syndrome). He also says that a person’s “obsessiveness for cleanliness” can cause this, with all the mud and dirt on the roads.

Pollution with the rising number of vehicles also affects a person’s ability to cope with the stress. “People who keep windows open in the car, travelers in autorickshaw are vulnerable to toxic fumes and which they inhale causing less oxygen to the brain,” says Dr Kamini Rao, Medical Director of Milann. “People mostly tend to feel tired, lethargic and stressed.”

According to psychologist Ayesha, this syndrome may not occur in isolation but can co-exist and worsen anxiety and mood disorders. Mohan says the best way to avoid the onset of this condition is to stay clear of congested roads. “This can be a challenge if commuting to work or school is through a high-traffic area, but keep an open mind and be ready to reroute,” he says.

Cardiologist Jai recommends behavioural therapy for psychological and physiological healing. “It helps in reducing stress and anxiety levels, and keeps the BP levels down,” he says.

Restlessness, irritability, avoiding travel and driving, not getting out of home until it is extremely necessary, taking longer routes and narrow roads to avoid traffic, emotional outbursts, cognitive deficit, mild anxiety like restlessness or lack of focus, difficulty in falling asleep or getting sound sleep, feeling a loss of control over certain situations, palpilations, headaches, dizziness, stomach cramps, depression

■ Plan and leave early
■ Relax, listen to music
■ On public transport,complete tasks like texting or calling a friend.
■ If it persists, it is better to get professional help to reduce stress.
■ Slow breathing
■ Divert your attention
■ Use car pooling
■ Avoid calls while driving
■ Planting more trees
■ Planning wider roads and pavements
■ Inculcating lane discipline in children