I love spices! Matt, George too weak to indulge in them: Chef Gary Mehigan

Chef Gary Mehigan was in the city recently rolling out hot dosas. Amused? Well, the celebrity chef confesses to be a big fan of Indian spices.

BENGALURU: Chef Gary Mehigan was in the city recently rolling out hot dosas. Amused? Well, the celebrity chef confesses to be a big fan of Indian spices.

City Express caught up with Chef Gary, who has achieved celebrity status in the country owing to his widely successful run with the show Masterchef Australia. He tells us about the show, his love for cooking and more.

How do you prepare for every new season of Masterchef Australia?

The secret of the show is content and finding the best chef in the Australia to cook. We find 24 contestants who are amazing cooks and everything falls into place. That is the whole recipe for the success of the show. 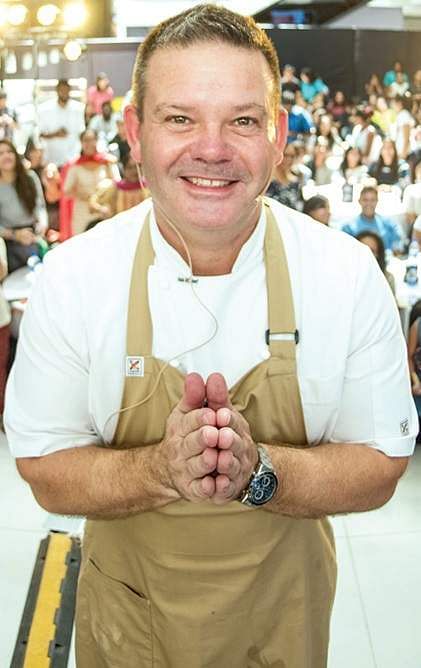 Do you go on a diet before or after the show?

I try to. I really try to. I normally put on two to three kilos after every season. But I do enjoy it. It is not a bad thing, it is a good thing.

Which is your food memory from India?

Oooh wow, that’s an interesting question. When we were at Mahendra Fort, in Rajasthan, we tried white chicken, dal and curry at a festival. I interacted with the chefs while we were filming. Everything was being cooked out in the open. It was a peaceful and beautiful place. And the food tastes so nice. That has been one of my favourite experiences.

Do you find Indian food too hot because of the spices?

Your co-judge chef George can not handle spice we have seen on the show.

He likes it too, but he just sweats and Matt does too. They are weak *laughs*. I love the spices though.

Did you ever think that Masterchef Australia will become so popular in India?

What would you attribute the show’s popularity in India to?

I don’t really know. But I know that in Australia, we caught the market at the right time nine years ago. Plus our show is very positive, very balanced and honest and we are still true to all of those values. We are not acting. We are not told what to say, I think that is important.

One thing you wish your fans don’t know about you.

I have started learning to fly lately.

Who’s the funniest and most stylish among the three judges - you, George Calombaris and Matt Preston?

Well obviously, George is the funniest and Matt is the most stylish.

What does that leave you?

Chef Gary Mehigan was in the city to host a master class at “World On A Plate”, as part of VR Bengaluru’s one year anniversary celebrations.