Over the past three weeks, bulldozers have cleared trees that are at least 100 years old; police too had approached them for no-objection signatures, say residents

BENGALURU: A plot marked for a park in a residential layout has allegedly been cleared for a fuel pump at Bikasipura BDA Layout in Banshankari 5th Stage. Over the past three weeks, bulldozers have pulled down three trees in the layout. Residents alleged that the plot, designated for a park, has been changed to a civic amenity (CA) site to accommodate the fuel pump.

A BDA official said, “The fuel pump is not coming in place of a park but on a CA site. The park plot is adjacent to the CA site.” 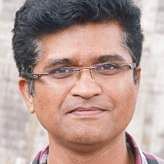 Residents now fear that they might never get a park once the fuel station comes up. “Where is the space for a park in the plot if the petrol bunk faces the main road? There is a compound wall and some structures on the land where BDA says the park will come up. Earlier, there was a sign board fixed on the plot with the layout plan which clearly showed that the park faced the main road and the CA site was further inside. The sign board has been removed now and bulldozers have cleared trees that are at least a 100 years old, saying it is a CA site. I don’t think they intend to give us a park any time soon,” said Girija Srinath, a resident.

Dhananjay, another resident, said, “When we bought the plot from BDA, we were told there would be a park in front of our house. And now, suddenly, we are being told that a petrol bunk is coming up on the plot instead of a park. This is a residential area and they are trying to convert it into a commercial space. There is another plot opposite this, which has been earmarked for a second park, but nothing has been done there. If the BDA wanted to make use of the CA site, they could have given it for other purposes like a school. But why a petrol bunk?”According to BDA, the land has been leased out to Indian Oil for 30 years for Rs 1.4 crore.

Residents say local police too had approached them for ‘no objection’ signatures.

Chetan, a resident of the layout, said, “We refused to affix our signatures. The police told us that if we don’t, then somebody else will and the petrol bunk is sure to come on the plot.”

Going by the BDA’s map, the plot of land marked for the park is L-shape and the space appears to be insufficient to build a park. There is also a compound wall running through the plot. The previous owner of the plot from whom BDA acquired the land had built concrete structures which he claimed are the tombs of his late parents.

B C Srinath, a resident said, “Three well-grown trees were ruthlessly brought down and all the shrubs were cleared. The move to build a petrol bunk is not sustainable development of the area and is causing harm to residents and the area.”

As per to the layout’s plan, it has two parks. But residents complain that even after 3-4 years, the parks have not been developed. The layout also does not have asphalted roads, sewer pipes or even corporation water supply.

Chethan added, “Whenever it rains, the locality gets flooded on one side. BDA had promised to asphalt the roads and lay sewer lines when we had purchased the plots, but in vain. In fact, we spent our money to lay drainage pipes. We are completely dependent on borewell water. Many of us have been to the BWSSB office demanding that works be taken up, but like alwayss, we were left disappointed.”

BDA executive engineer P B Kumar told Express, “The map available with the residents might be a draft plan of the layout. But the town planning department would have approved the present plan. When the layout was approved, the CA site faced the main road and the park land was adjacent to the CA site.

There were also disputes between the previous owner and BDA which were resolved some time back. Soon, we will be handing the park area to BBMP to develop it into a park and maintain it.”