Inspired by the Broadway musical The Lion  King, Shivpriya School of Dance and Music will present Rajasimha.

BENGALURU: Inspired by the Broadway musical The Lion  King, Shivpriya School of Dance and Music will present Rajasimha. It will be a concoction of Indian classical,  contemporary and folk dance, along with martial arts and theatre.
Dr Sanjay Shantaram, artistic director of the school, says, “I travel to the US every year for  performances and workshops and during one  of my trips, I happened to be in New York. I watched The Lion King twice and it moved  me to tears”. 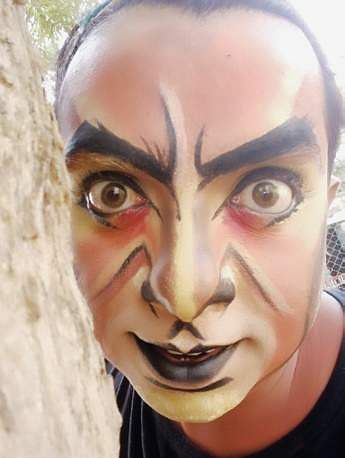 The efforts the crew put in for sets, orchestra, costumes and live dialogues inspired Sanjay to bring such a show to Bengaluru. “I thus conceptualised Rajasimha. We are sure to take the people to  a different world and elevate the art scene  through this production,” adds Sanjay.

There will be 90 dancers, 18 of whom are being flown in from the US as a part of  Laasya School of Dance and Music, under the  guidance of Sridevi Jagannath for the performance, he adds. Sanjay will be playing the role of Rajasimha. The biggest challenge is to portray the characters and costume design, says Sanjay adding, “Every character has a humanised  yet animated form, so creating the look was  difficult and challenging”.

The team worked on  costumes to give each animal its authenticity, but in a very contemporary way. Several trials  were initiated for each animal character as Sanjay didn’t want the faces of the dancers to be covered. Self makeup  workshops were also held as part of the process. “Music was another challenge, because as classical dancers, we needed something more contemporary to give the play its feel and due,” says Sanjay.

Being a wildlife enthusiast, Sanjay relates to this play. “My family and I travel to the forests at least thrice a  year and nothing excites us more than  seeing a tiger or an elephant in  the  wild. We have brought in strong messages  about wildlife conservation, protecting forests and anti-poaching in the play.”
The show is also supporting Akshara Foundation, an NGO that works for the education of underprivileged children. The tickets for the show Rajasimha at Chowdiah Memorial Hall, Malleswaram on June 24, 6 pm are priced at A699. Contact 98453 78777 and 98441 15778 for tickets.