Talked to my kids about Ariana Grande concert attack

Recently, my children and I were performing our daily ritual of ‘everyone get out of the house before Amma starts hissing words only she’s allowed to say’ in a frantic bid to get to the school bus.

BENGALURU: Recently, my children and I were performing our daily ritual of ‘everyone get out of the house before Amma starts hissing words only she’s allowed to say’ in a frantic bid to get to the school bus. As I dramatically swung the front door open, my eldest picked up the newspaper and read out the headline:
‘Manchester attack: 19 killed at Ariana Grande concert at Manchester Arena.’ 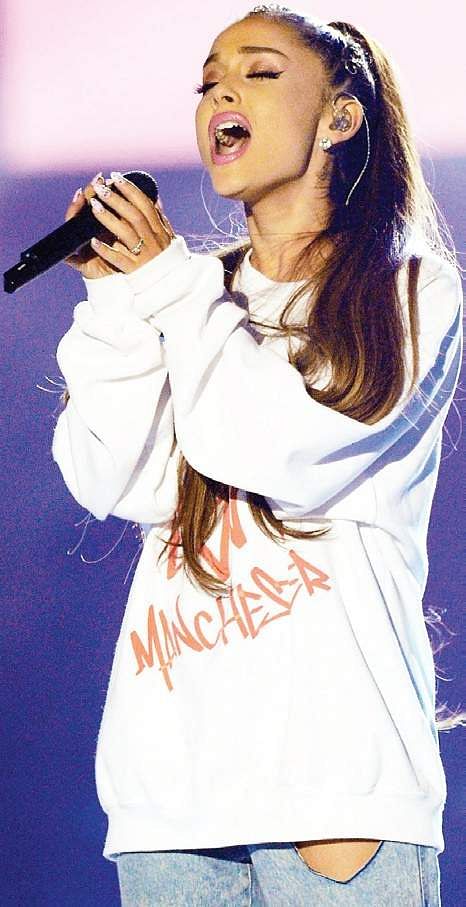 On the elevator ride to the basement, he wanted to know what had happened. Why would anyone want to attack people at an Ariana Grande concert? As the lift filled with other children and harried grandparents and parents, he became distracted and lost his train of thought.

In the days that followed I found myself reading articles on how to talk to children after a terrorist attack. What to say. How to reassure them. And then, as is often the case, the event slipped out of my mind, replaced with other headlines.
Then, a two nights ago, after I tucked the boys in, my son asked to be hugged. As I obliged, he whispered in my ear “What is a terrorist?” As I grappled to articulate an answer, the next question was delivered “What happened to the Twin Towers in America?”

When I told him what happened on 9/11 and how planes were flown into the World Trade Centre, he asked, “What happened to the people who took over the planes?”
“They died.”
“But then why would they do that?”  Where do I begin to explain these things to a child, when I myself cannot fully wrap my head around them?

I remember my mother walking into our bedroom looking distraught and announcing that Rajiv Gandhi had been assassinated. And how a decade letter I stood in my office and watched in disbelief as the news reported 9/11. In my mind, nothing else mars the landscape of my memory between these two events. This is obviously not true and acts of terrorism were carried out in between. But I cannot recall them.
For my children and their friends it seems as though every week brings news of one atrocity or another. I realise I cannot shelter them. That this is the world they are inheriting. This is our legacy to them along with climate change and saffron soaked nationalism.

That night my son and I spoke of belief systems, choices and actions. I don’t for one moment believe my answers were adequate. Or that he was satisfied with them before his eyes fluttered shut and he feel asleep.
After these questions surfaced, I read of how author Paro Anand’s books on Kashmir, state violence and terrorism are being removed from school reading lists. Schools and parents feel they are violent and are uncomfortable with the topics they tackle.

Our children will have questions. And will demand that we answer them. Our own belief systems will inform how we choose to answer those questions. But as the grown ups we must stop sticking our head in the sand and trying to shield them. The violence in our children’s future seems a foregone conclusion. Our generation and the ones before have sown the seeds of that violence and it is something that can not be escaped, evaded or ignored.