Chocolate was once a gambler’s favourite drink 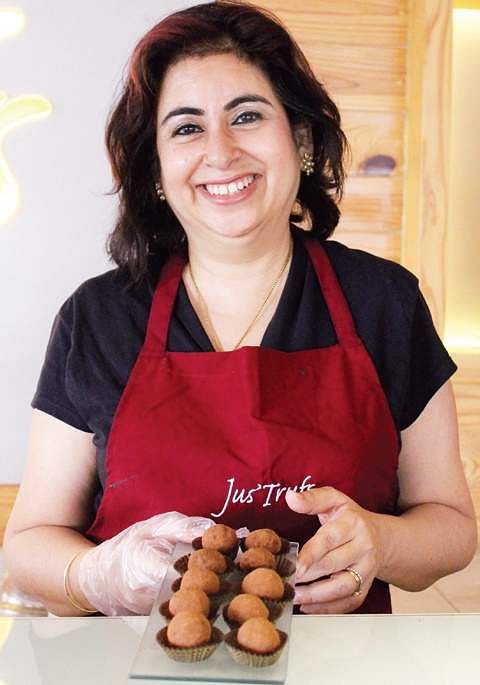 The working temperature should be between 28 C and 30 C, varying according to the type of chocolates. She adds, “You do not need fancy equipment or tools, but you must learn how to temper it from a chocolatier.”
Chocolate’s properties and its history are not popularly known. For example, did you know that chocolate drinks were so expensive that gamblers were its cafes’  main patrons?

Chenddyna started experimenting with chocolate from 1983. She studied Confectionery and Hotel Management and later also went to the Calleabaut Academy in Singapore to do a course in Belgian Chocolates. She says, “Later, I went to Belgium and trained with a Belgian master. I have trained with several International Chocolate masters and have honed my skills over the years and do a lot of research and create new recipes on my own.”

There are not too many genuine chocolatiers who work with real chocolate in India, she says adding, “Most use compound chocolate and do not even know what is real chocolate but the number of trained patissiers and chocoaltiers are growing. They understand the intricacies and delicacy required and have a lot of skills. I think the Indian palate has become more refined and now understands genuine tastes and products and is willing to pay for it, so the scope is immense.”

But it is still a luxury. She adds, “People appreciate good chocolate. They want to know more about it... where it  is grown, what are the health benefits and how does it fit in with their daily diet.”
Jus’ Trufs with Xoxoday recently hosted a chocolate tour.

Chocolaty Facts
Chenddyna shares interesting facts about chocolates
■  Chocolate (cocoa) does indeed grow on trees!
■  Chocolate was a part of the army rations during World War I and II and is also sent to outer space with astronauts
■  Cocoa made its first appearance in France at the wedding of King Louis XIII to a Spanish princess Anne d’Autriche. Anne not only brought cocoa along in her wedding basket but also brought a servant skilled in the art of making the foaming beverage.
(It was a dowry gift)
■  Chocolate soon made its appearance in Great Britain. In 1657, the first English chocolate house opened, much like today’s coffee houses. As the drink was considered a luxury, the shops were only open to men as a place to gamble and discuss politics.