Are you a feminist who wonders what it would be like, if you could venture into the supernatural and earn powers to navigate through every day life? Well then, Shweta Taneja realises this imagination

BENGALURU: Are you a feminist who wonders what it would be like, if you could venture into the supernatural and earn powers to navigate through every day life? Well then, Shweta Taneja realises this imagination of yours in her next book, a feminist thriller titled The Matsya Curse an Anantya Tantrist mystery. 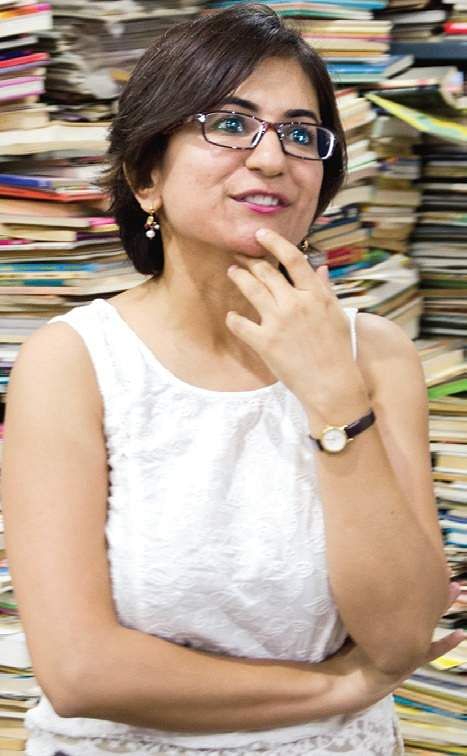 The Bengaluru-based author describes the stoyline to be set in an urban fantasy based in the supernatural underground of our modern world.
In the protagonist, Anantya’s world, tantrics are overground, collaborating with the Indian government and have their own police, justice systems and cultural mores.
Most popular fantasies such as Harry Potter or the Game of Thrones series are based in the European supernatural worlds. The creatures inhabiting them come from Euro-centric myths and the likes. Shweta wanted to base Anantya Tantrist Mysteries in the myths of India.

“It took me two years of research to inhabit Anantya’s world with tantrics, supernatural creatures and paranormal spirits, which are taken from Indian myths, folklores, oral stories, and songs. Creatures such as dasyus, rakshasas, daityas, danavas, kiratas are all taken from mythologies or local folklore and embedded into the world,” she says.

This is best shown in a funny scene in the book where Anantya faces a vampire, says Shweta. Having lived in Banaras and the jungles of north India and then Delhi, the character knows the Indian supernatural creatures in and out, but she has never seen a vampire in her life.
“He’s an exotic brought in by a rich businessman to show off. This scene exemplifies the whole idea of Indian supernatural world for me,” she adds.

Though the world in the The Matsya Curse of tantrics and supernatural creatures Shweta believes, is in some ways more patriarchal and ruthless than ours, the book’s characters be it females, males or transgenders suffer, fight, grit through it, making hard choices and constantly fighting gender definitions. “The world mirrors our own, and hopefully makes readers questions what being a male, female, or transgender person means, making it a feminist story,” says Shweta.

The main protagonist has left the sheltered life her patriarchal tantric father offers to chart out on her own. She chooses to be a tantric, though in her world, being a female tantric is illegal. Laugh out loud
Shweta claims the book at its core, is hilarious. “It has gender inversions in various scenes in a twisted way. The theme of gender and feminism are introduced through humourous, entertaining scenes,” she adds.

Despite having written a feminist thriller, the writer confesses to being a “reluctant feminist”, but she does she believe in gender equality.
“In mainstream, the word has been twisted and turned to imply a woman who thinks she is superior to other genders. That’s equally unfair and I completely disagree with it,” she laments.

The Matsya Curse is the second of the Anantya Tantrist mysteries.The first one is Cult of Chaos (2014). Shweta’s other novels include How to Steal a Ghost @Manipal (2016) and The Ghost Hunters of Kurseong (2013). She has also written two graphic novels: The Skull Rosary (2013) which was shortlisted for Best Writer Award and Krishna: Defender of Dharma (2012).