Towns settle into the city

Cooke Town was laid out in the early 1930s, again on a grid pattern. But even in the 1960s, many of the plots remained empty, much to the delight of children who grew up here. A little beyond Milton Street lay guava orchards and vineyards growing the famous Bangalore Blue grapes.
In the 1950s and 1960s, as the Anglo-Indians who lived here emigrated elsewhere, people from other communities began moving in. Among those who moved here were pensioners, many who served or had served in the Army and those who worked in HAL.
Cooke Town remained a residential layout dotted with churches and convents. Some of these churches ran orphanages, schools, hostels and other institutions. Did you know one of Bengaluru’s premier hospitals, St John’s National Academy of Health Sciences, was established in Cooke Town in 1963? 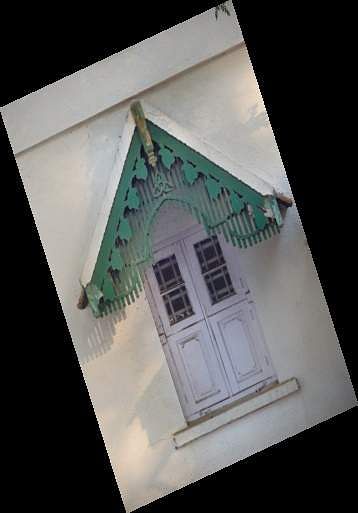 A nook for the arts
Today’s Cooke Town is a still a purely residential area. Interestingly, it is now home to an extraordinarily high number of visual artists, musicians, architects, writers and other artistically creative people. Perhaps this is thanks to Cooke Town’s quiet lanes, its trees, its laidback ‘old Bangalore’ atmosphere and its civic-minded, gentle residents?

Bangaloreans were reluctant to move to the new extension because it was ‘too far’ from everything. Until two merchants stepped in...
Rao Bahadur BP Annasawmy Mudaliar Merchant, contractor, philanthropist. BP Annasawmy Mudaliar was all this and more. In the early days of Fraser Town, Annasawmy Mudaliar realised people needed certain basic amenities before they could move in. Accordingly, he built a dispensary and a market and handed them over to the Municipality.

He also built a school for children of all castes and creeds.
Three roads in Fraser Town are named after his sons - Madhavaraya, Cheluvaraya and Achyutaraya.
Merchant, banker, philanthropist. Hajee Sir Ismail Sait was all this and more. It was he who donated land and money to build the mosque which is named after him. The road on which it stands was named Hajee Sir Ismail Sait Mosque Road.

He also built the Urdu school opposite the mosque and a musafirkhana or travellers’ rest house, which no longer exists. Sir Ismail Sait was known for his generous donations towards several hospitals, dispensaries, universities and orphanages in Bangalore and Mysore.
These merchant-philanthropists also built several small houses which they rented out to poorer people at very nominal rates.

Bungalows of the Towns

There are still several gracious, old bungalows remaining in Fraser Town, Cooke Town and Richards Town, about 215, to be (almost) precise.

A typical layout
Set within large, tree-filled compounds with gates and decorative gate posts, bungalows usually have symmetrical layouts. The typical bungalow has a verandah, a large central hall flanked by two bedrooms on either side and a separate dining room. Often there was a large pantry behind the dining hall or adjoining it. The kitchen and the servants’ quarters were housed in a separate ‘outhouse’. Some old houses, particularly in Richards Town, also had a stable set against the compound wall.

Roofs, brick and mortar
Have you noticed how colonial bungalows often have multiple roofs and terraces? The central hall usually has a high ceiling with a sloping roof and Mangalore tiles, while the rooms on either side have lower, flat Madras terrace roofs. Sometimes, two of the side rooms may have pitched roofs while others have flat roofs. These height differences may have been governed by the need for ventilation, or perhaps it was an architect’s whim!
Most bungalows used brick as the building material, plastered with lime plaster. Stone was used but rarely, sometimes as quoins at the edge of the buildings.

Who were these people? 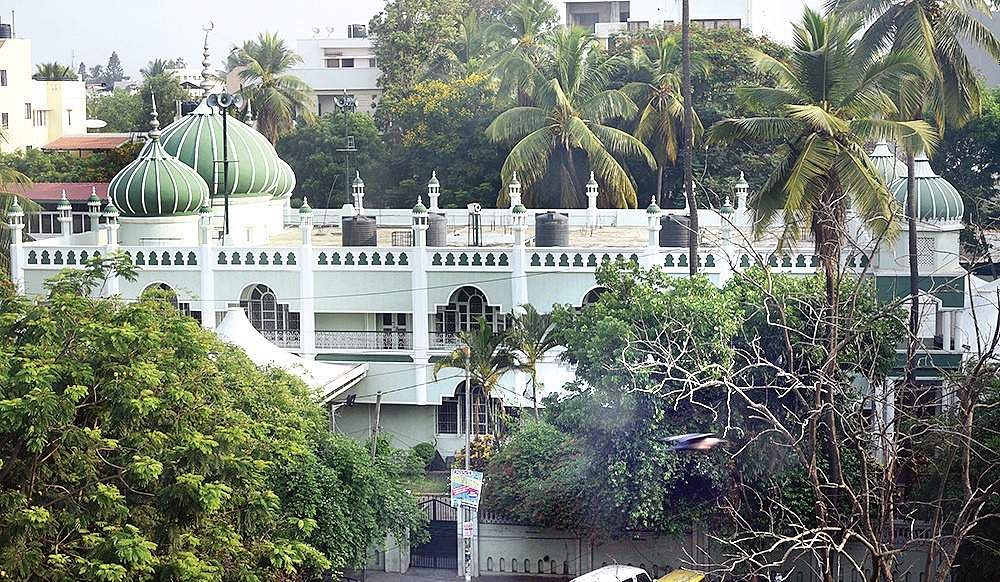 Fraser Town is named after Stuart Mitford Fraser (1864-1963). He was appointed to the Indian Civil Service in 1884 as Assistant Collector in Bombay. Later, he was tutor to the Maharaja of Bhavnagar and then from 1896-1903, to the young Maharaja of Mysore, Krishnaraja Wodeyar IV. In 1905, he became British Resident in Mysore State, a post in which he enjoyed great popularity. Sir SM Fraser was later Resident in Kashmir and Hyderabad. He retired in 1920.
GH Cooke, after whom Cooke Town is named, was an ICS officer. He was the longest-serving president of the Municipal Commission of the C & M Station (from 1928 to 1934). He also served as Inspector of Schools in Mysore.

Richards Town was formed thanks to Frederick John Richards. Richards began his ICS career in 1898 as Assistant Collector in Madras. He was president of the Municipal Commission of the C & M Station from October 1908 to November 1912, and was also Collector and District Magistrate. Richards, a keen antiquarian, was a founder of the Mythic Society in Bengaluru. He was also Honorary Lecturer in Indian archaeology at University College, London.
Fraser Town was renamed Pulikeshi Nagar after Pulakesin II, the 7th century ruler of the Chalukya Kingdom.

On December 1, 1914, the Fraser Town European Day School opened in a small house somewhere in Fraser Town, with six infants, two ladies and a gentleman. Thus began the school founded by Alfred and Walter Redwood, the school we now know as Clarence High School (CHS).

From its first location, Clarence moved to where the Fraser Town Post Office now stands on MM Road, then to a bungalow in No 2, Hall Road. The school finally relocated to its current premises in September 1922. The Redwoods named the school Clarence after their own school in Weston-super-Mare in Somerset, England.

The Redwood Brothers
Alfred and Walter Redwood – the founders of Bethesda Assembly and of Clarence High School – were born in Kolar and Malavalli to missionary parents. They studied in England and returned for missionary work in 1910.

Fraser Town Born of a plague that claimed 10,000 lives

In August 1898, Bengaluru recorded its first fatality due to plague. Over the next six months, more than 10,000 people succumbed to this dreaded disease. The recurrence of plague almost every year after that was the reason for the birth of Fraser Town.

A New Extension
The area most severely hit by the plague was Blackpully, now known as Shivajinagar. In 1906, to open out some of the area and to reduce congestion, the C & M Station Municipality demolished scores of houses in some of the most crowded areas.
To accommodate people, the Municipality acquired about 50 acres of land in the village of Papareddipalya.

A plague-proof town
JH Stephens, Municipal engineer, drew up the plans for the new extension.
His goal: to keep rats away. His plans led to Fraser Town being called “the only plague-proof town in India”.

The new extension was a combination of small houses and large plots.
The Municipality built several small houses for people to rent at nominal rates (Re 1 per month in 1909).
To keep the plague away, Stephens’ formulated some anti-rat rules: Only one-third of the plot could be built upon; No large trees could be planted next to the house; Roads and drains were at 1.5 feet below ground level and so on.
The RB BP Annasawmy Mudaliar school is a good example of a building built according to the other anti-plague rules.

Basements must be stone and at least 1.5 feet high.
Floors must be of close-fitting hard tiles or stone like Cuddapah (not mud).
Roofs must be of Mangalore tiles (not country tile, not mud and certainly not thatch)
In the 1960s, ‘70s and ‘80s, this church used to organise talent shows and summer camps for young people. These were events that people of Richards Town, Fraser Town and Cooke Town used to look forward to.

This extension, meant for Europeans, Eurasians and wealthy Indians, was established to provide a focus of trade and occupation for people in Fraser Town. In 1911, the C & M Station Municipality acquired about 47 acres of land north of the railway line. The land was divided into 112 plots, each measuring a quarter acre.

The roadbridge over the railway line near the Mosque was constructed in 1912. Roads were laid out, drains built, culverts made and in no time, people began to buy, build and move into Richards Town.
Waiting for a tramway

One of the ideas for making Richards Town and Fraser Town more accessible was to have an electric tramway come up to Richards Park. FJ Richards himself had his heart set on it, arguing that Richards Town’s success depended upon the tramway. However, the Mysore Government seems not to have approved of the idea.
The Holy Ghost Church
The Holy Ghost Church, a part of the Catholic Church in the Archdiocese of Bangalore, was consecrated in 1953.

The church building came about thanks to the efforts of Matthew Hickey, an Irish Redemptorist. (Redemptorists are Roman Catholics who belong to the Congregation of the Most Holy Redeemer). In 1940s, the Redemptorists bought a dilapidated old bungalow (it came with a tomb in the middle!) on John Armstrong Road, completely renovated it and used it for worship. When this proved too small, Hickey bought the land where the church now stands, with the idea of building both a church and seminary.
The design of the church, by architect Stanley Fernando, resembles a dove, with the church forming the body of the dove. The two wings house a seminary and accommodation for faculty and priests.