Replying to BJP MLC Tara, Priyank Kharge said a change in technology in the IT sector was the cause.

BENGALURU: With many firms handing over pink slips to their employees, a sense of panic has prevailed in the IT sector. The state government has stepped in with an offer to provide legal assistance to IT professionals who lost their jobs, while also reaching out to firms with concerns raised by employees.

Karnataka IT Minister Priyank Kharge informed the Legislative Council on Monday that the government was aware of layoffs in the IT sector.

“IT employee forums have alleged that the appraisal system in the IT sector is not transparent. We are aware of their problems and are trying to help them with legal aid. We are also talking to corporate companies regarding the problems raised by the forums. The companies are yet to respond,” he said, replying to BJP MLC Tara’s questions on layoffs in the IT sector.

A few days back, Forum for IT Employees (FITE) members met Kharge 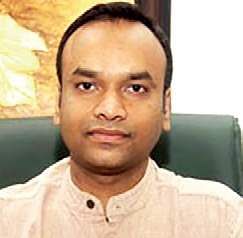 where they demanded that IT companies be included under Industrial Employment (Standing Orders) Act. According to a FITE member, “Employees facing arbitrary terminations, unreasonable working hours and sexual harassment do not have adequate support from the law and the government.”

Kharge said one of the main reasons for layoffs is the visa restriction imposed by the US, Singapore and Australia where the governments are emphasising on local talent. This has caused damage to IT industry, he said. He said that change in technology is another reason. “There is a need to train employees who are already working in the field. But this can’t be  done overnight. It will be done gradually. Even the IT forum members agreed that they need reskilling,” he said.

He pointed out that studies have shown that only 7 per cent of total number of graduates are employable. This is because there is a gap between academic and industry needs. “To reduce this gap, the government has come up with many centres of excellence to train as per needs of employer,” he said. Manisha (name changed) recently lost her job. “I joined in January after my maternity leave and was asked to go in April,” she said. She said women with more years of experience and many who come back from maternity leave are more vulnerable to lay-offs.  IT-BT companies were exempted from the general provisions of labour laws for more than 10 years. If an employer wants to lay off an employee, he/she can be laid off with immediate effect unlike other industries where a notice period is necessary.

Deepak, another professional, who lost his job, said, “There is a hierarchy system like in any government office, but it’s invisible in the IT sector. Appraisals can be crushed and it is at the manager’s mercy,” he said.Rajesh N, spokesperson of FITE, said in the last six months, more than 5,000 employees have been laid off from IT majors, including Cognizant, HP, Wipro, Tech Mahindra and IBM. Most of these employees are mid-level to higher level employees. On the other hand, these companies are recruiting freshers.

However, industry experts feel taking the legal course may have a negative impact on professionals. Mohandas Pai, an IT industry expert, said if employees who lost their jobs take up a legal fight against firms, their chances of getting another job are reduced to nil. “After all why should any employer hire a person who was fired from another company and who is fighting a case?” he asked.

At present, the attrition rate in IT industry is 12 per cent a year. “If someone loses his/her job, within two months he or she will find a new job. One should not ruin their future just because they lost their job,” he added.

Now we are on Telegram too. Follow us for updates
TAGS
IT industry Priyank Kharge IT minister