BENGALURU: The Left Foot Right Danceworks (LFRD) amalgamates two radically different genre of dances – hiphop and contemporary to produce an urban dance form in their upcoming production Dance Alloy 2.
As the name suggests, Dance Alloy is an amalgamation of different dance forms performed by number of dance enthusiasts under one roof. It is also a collaboration of Tarantismo, The intensive, Bangalore School for Performing Arts, Kathakaar and Lyrical Yoga. Shashank Rajan, artistic director, LFRD, says, “The show is divided into two segments. 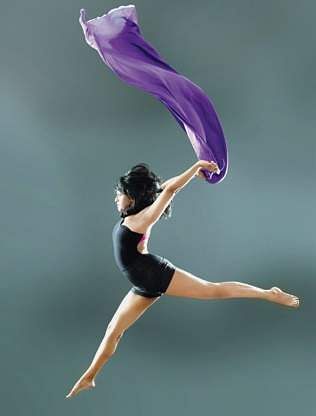 The first half will be a commercial performance by our students batch and second part will be the production by our company performed by professional dancers.”
The production depicts one story that binds different short stories together. The story is ‘Kumudini-a tale of two lovers’. “These lovers narrate what can happen over one day. There is no emcee. The narration is in background.

They narrate for example, one hypothetical day of hate free world, one day of hope in a land of conflicts, one day of future generation where relationships are webbed in the world of technology, one day when refugees return to their homeland and one day when the world comes to an end,” says Shashank.
There are around 50 dancers who will perform for two hours and there will be a mix of genres such as contemporary, jazz, hiphop, bollywood, lyrical and urban. The music has been composed by the institute for the production. “Instead of usual performances where a dancer comes on stage, performs on a few songs, leaves and is followed by another performer, our production binds the short stories in such a way that one performance leads to another,” he says adding, “We are attempting something like this for the first time. I don’t think anyone has tried this before.”

Shashank will perform a hip hop on a short story on the apocalypse.
Shashank says the biggest challenge is always to get sponsorships. “Secondly, we do all sort of promotions possible but getting people to come and watch the show is little
difficult. As the dance fraternity is still growing in India, especially in Bengaluru, we are sure that it will pick up as we are trying to give something new to the audience every time”

The event is open to all. “Let them all take some good memories from this production. There will be something or other for everyone. Trust me on that,” he says.
All the proceeds raised by this event will go to Kha Foundation, a public charitable trust that aims to foster cultural and creative arts practices.
The Dance Alloy 2 will be presented at Gurunanak Bhavan, Vasanth Nagar on June 24 at 7 pm.