Escaping a kidnap with an elephant head

Everyone knows the mythological story of how Lord Ganesh got a new elephant head. But what happened after? How well did he get along with his new head?

BENGALURU: Everyone knows the mythological story of how Lord Ganesh got a new elephant head. But what happened after? How well did he get along with his new head?
Set in Yuki Ellias’ imagination and inspired by Lord Ganesha is “Elephant in the Room” that follows the adventure of young boy, Master Tush has an elephant’s head. “I draw inspiration from mythology and then set of to tell a story purely born out of imagination,” says Yuki. 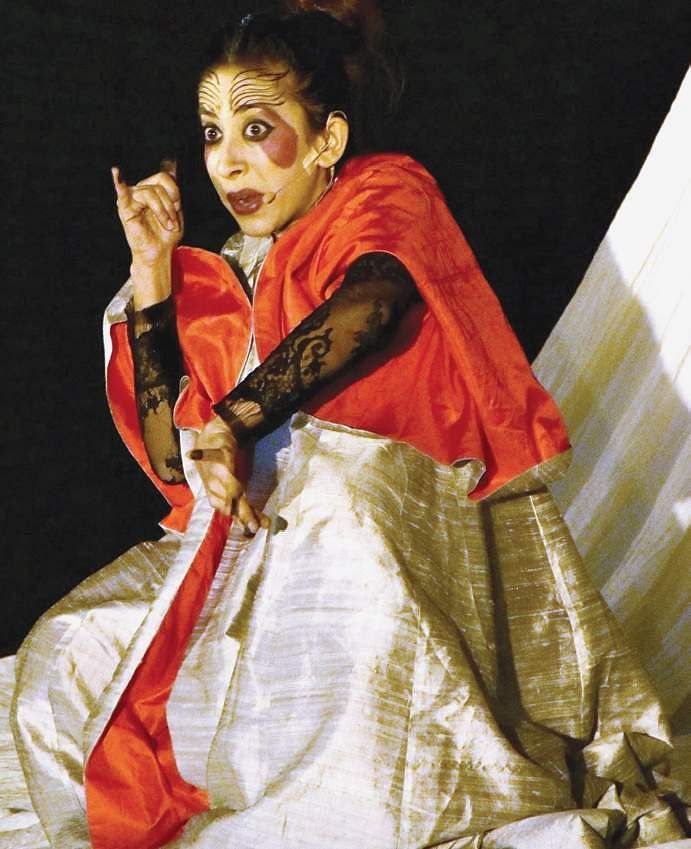 Coming from a family of mixed faiths,with one side of her grandparents being Muslim and the other being Hindu, Yuki says she is still trying to figure out the concept of faith and religion. “I don’t know if I am a believer, but I don’t pretend to know all the answers to life either,” she says.
She conceptualised the piece around two years ago. “I used to think of the story of Lord Ganpathi and wonder about the incomplete bits of it. Like what happened to the elephant,” she says.

Yuki has also explored a piece by Girish Karnad for the act. In the theatre piece, Master Tusk encounters a motley couple - Makadi (spider) and Moork (poacher)in search of a big-ticket ransom. They kidnap him, but their plan goes for a toss when a prophecy is revealed and changes everything. Amidst a cursed love affair, an encounter with an eccentric old elephant and a hunt for a missing head, Master Tusk sets off on an adventure that changes his life.

This is the first piece where Yuki directed herself for a performance. “I used to have rehearsal partners, one of whom was an American modern dancer. She would watch me rehearse and I would ask her critique to better my act at the end of the day,” says Yuki.
The director, performer and conciever of the act read a lot of mythology and researched on the origins of these stories for the piece. “I also did a lot of research on extinction of animals, forest, natural resources, migration of brains and on elephants,” she says.

The act also talks about the current time, where several species have been wiped off the face of the earth, while a few others face extinction. It also talks about how birds’ migration patterns have been affected. “Beyond the adventure of having an elephant head, the piece is about man’s relation with nature,” explains Yuki. The drama’s playwright is Sneh Sapru.
She has performed the act in six years including Mumbai, Kolkata, Chennai, Delhi and Hyderabad.