Man of  solitude who  darkened canvases

Sara Arakkal, wife of Yusuf Arakkal shares rare paintings of the artist for a display in the city. Tells City Express that Yusuf never wanted his art to be a trademark like MF Hussain’s.

BENGALURU: Born in Chavakkad, a small town in Thrissur district of Kerala in 1945, veteran artist Yusuf Arakkal had a luxurious princely life as a child, his wife Sara Arakkal tells City Express.

But soon Yusuf was thrown into solitude  after the death of his parents and one evening he ran away from there to Bengaluru in the 1960s in search of his brother. 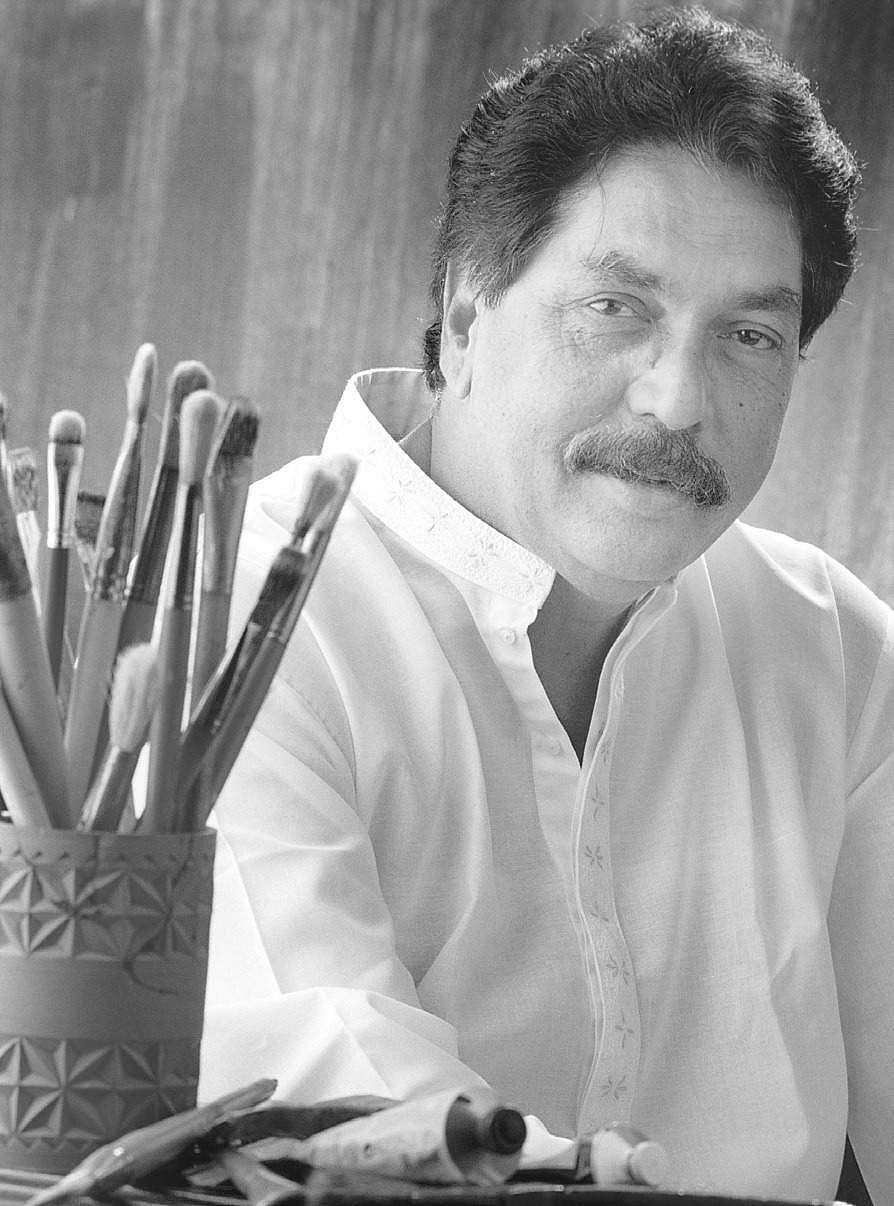 As the city hosts acclaimed artists and students in a communion featuring over 100 pieces of installations, City Express caught up with Sara who was present at Whitefield Art Collective at VR Bengaluru where a few rare works of the artist were showcased. A few artists presented their work as a tribute to Yusuf as part of the  event that is set to the theme of ‘Connecting Communities’.

When Yusuf failed to find his brother in Bengaluru, he started taking up odd jobs on the street until his uncle (Sara’s father) found him and got him a technician’s job in HAL (Hindustan Aeronautics Limited).
“Mostly he used to take night duty in HAL, and go to Chitrakala Parishath during the day and also in between he found time to do paintings, which was a passion for him,” Sara says.

His first major art work was a granite mural for Hindustan Levers’ head office. A man who had lived a life of solitude rendered shades of dark, often monochromatic in nature in his works too. “The biggest challenge for him was to make it vibrant with limited colours,” says Sara.

Yusuf focused on figuration when abstraction was the order of the day and figuration was considered inferior. But whatever be the market equations he adamantly stuck to his style. She says, “Personally, Yusuf was not lonely, but as far as his art is concerned there is multiple levels of solitude in it.” Even when he had an active social life and had many friends, “the childhood solitude was there always within him, which reflected in his art as well. But it never affected his personal life or depressed him,” she says.

Yusuf earned his  Diploma in Fine Arts in 1973 from Karnataka Chitrakala Parishath College of Art. “He never wanted to repeat himself. That was why he stopped doing the successful series ‘Wheels’, ‘Pipes’ and ‘Kites’ , which gave him a prominent position in the art world,” adds Sara.

But he never wanted ‘Wheels’ to become kind of a trademark like the M F Hussain’s horses, she informs. “He always believed that art should be socially relevant though it should not become something like campaign posters,” she remarks.

Following an year long training with a nephew of Raja Ravi Varma on portraits, Yusuf did portraits of “Great Leaders of India”. His non-profit art gallery  “Galerie Sara Arakkal” gives upcoming artists a steady platform to showcase their works.

“He hated hypocrisy and pomposity in all walks of life, even if it is in the world of art,” she says.

Yusuf measured art to be dearer than money. During his early days as an artist, his works caught the eye of Biocon chairman Kiran Mazumdar-Shaw, who was then an upcoming entrepreneur. “She did not have the money to pay for it. Yusuf  asked her not to worry and to pay in installments and to always maintain an eye for art appreciation,” narrates Sara.