BENGALURU: Much before Jack Kerouac stole the imagination of an entire generation with his beat escapades and inspired men to set out on adventures, Mark Twain’s Huckleberry Finn had adventures of his own as he traversed the length and breadth of the Mississippi before the American Civil War.

The narrator of the novel, Huck is the son of the town drunkard and belongs to the lowest rung of the white society. But in his love for freedom, Huck rebels against the debauchery of his own drunk father, Pap, as well as the seemingly straight-laced yet hypocritical ways of the society he lived in.

Though he was later adopted by Widow Douglas, he soon broke free and began his adventures with Jim, where he befriended him as his equal and finally found his place and freedom as they floated down the Mississippi on a raft and he recounted: 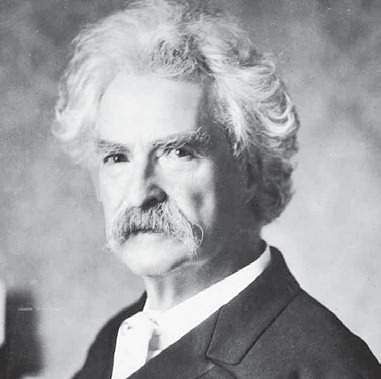 “We catched fish and talked, and we took a swim now and then to keep off sleepiness. It was kind of solemn, drifting down the big, still river, laying on our backs looking up at the stars, and we didn’t ever feel like talking loud, and it warn’t often that we laughed – only a little kind of a low chuckle.”

Written as a sequel to ‘The Adventures of Tom Sawyer’, the “lawless and vulgar” Huck provides plenty of humour as he smokes and uses foul language without restraint. And it is this quality that allows him to narrate the incidents in this novel without adulteration or bias.

In contrast to his famous best friend Tom, Huck is the one who defies the norms of society – he does not go to school or adhere to the accepted rules. However, Huck is triumphant in his inner reliance on common sense. Thus his adventures down the river – his escape from the clutches of Pap, his interactions with swindlers King and Duke, Huck’s town people looking for his drowned body in the river, him co-inhabiting with the feuding Grangerfords and Sheperdsons and his experience with the Wilks sisters – are far more imaginative than Tom, who simply lives by the rules and wants to make the adventures of the books he reads come true.

But what sets Huck apart from similar literary characters is his conscience, which is best manifest in his friendship with Jim, whom he harbours, despite knowing it was a crime then. One might point out that Huck stole to put food in his stomach but then one must also notice how the boy rebelled against oppression, injustice and the hypocrisies of the society at large as he said, “It was a dreadful thing to see. Human beings can be awful cruel to one another.”

The delightful Huck managed to not only inspire more such diverse characters – like Ernest Hemingway’s Nick Adams and JD Salinger’s Holden Caulfield, he also sent ripples in the sea of stereotypical romantics around the Atlantic in those days.

The writer is a freelance journalist who spends her time eating, reading and sleeping, when not tackling deadlines.