Temple of the beautiful god

One of the oldest in the city, Chokkanathaswamy Temple is a happy union of Shaivism and Vaishnavism.

BENGALURU: Perhaps the oldest temple in the city, Sri Chokkanathaswamy Temple in Domlur is a testimony to the Chola rule in Bengaluru region. Belonging to the 10th Century AD, the approximately 500-year-old temple was built much before the city was carved out.

“The word Chokka means beautiful in Telugu,”says Shakuntala Keshavacharya, the present trustee of the temple adding, “Interestingly, Chokkanatha is also the name of Shiva but the main deity in the temple is dedicated to Vishnu.” Her husband R Keshavachar was a priest at the temple for decades. Shakuntala points to a photograph of her late husband in her house and says, “He served the temple for several years. It was during his time that the temple was renovated. Our family has been serving and maintaining the temple for generations.” 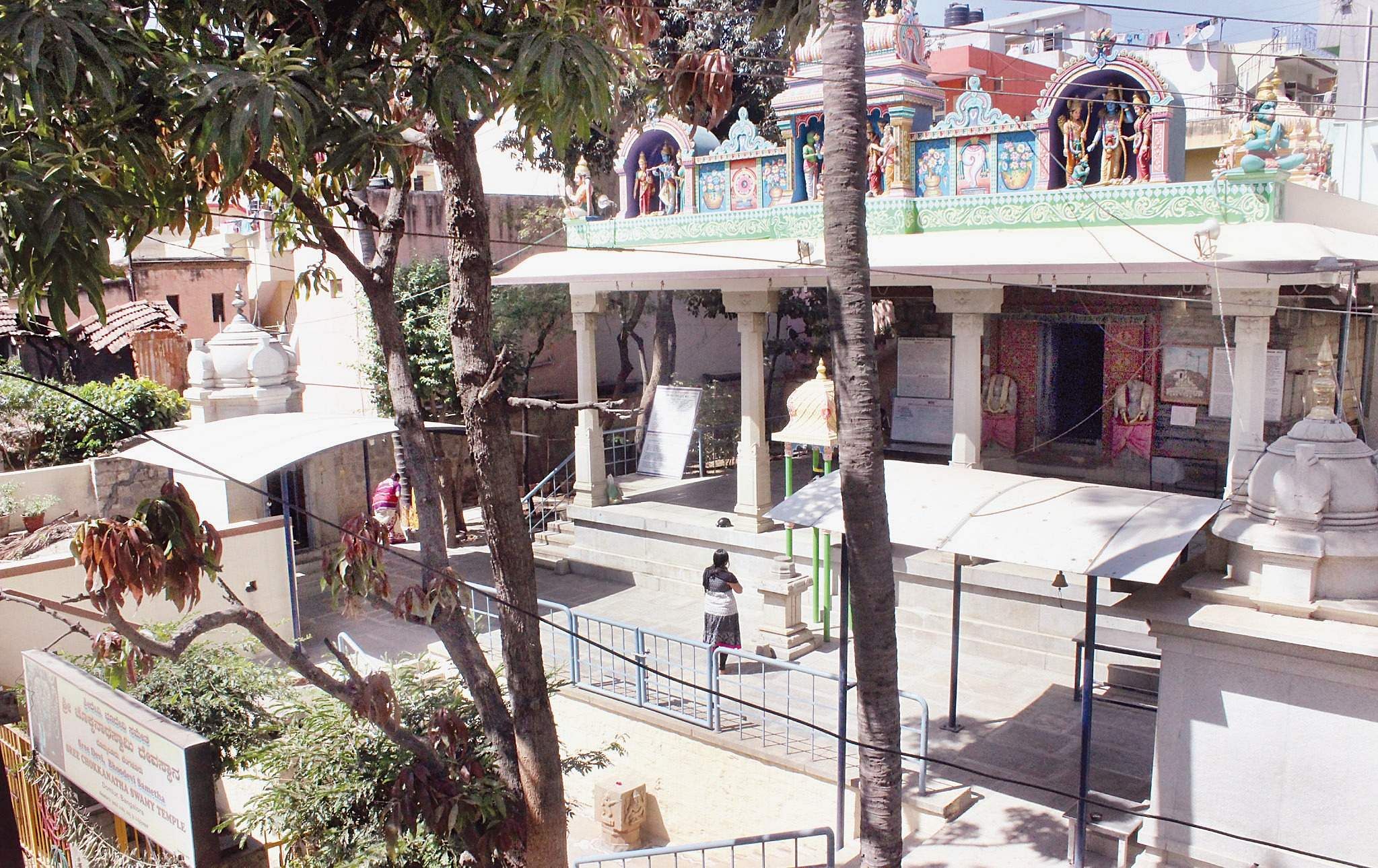 While there are inscriptions in Kannada, majority of the writings that run across pillars and the platform on which the temple stands are in Tamil. The Kannada inscriptions date back to the Hoysala era. “It mentions the grant and modifications done during the reign of Hoysala kings,” says independent researcher and historian Arun Prasad. “Certain records state that the region saw many settlements, even before the time of Cholas.”

Domlur has been described as Tombalur in these inscriptions. He adds, “Few Tamil records referred to the locality as Tombalur. In Kannada, it was known as Desiamanicka Patnam, meaning Place of Indigenous Pearls.”

Though the temple was built by the Cholas, the Hoysala and Vijayanagara kings also patronised it.

Why did the Saivaite Chola king build a Vaishnava temple? It is said that Chola first built Someshwara Temple, dedicated to Shiva. But when the king found that several residents in the area were Vaishnavaites, he built a temple dedicated to Vishnu and called it Chokkaperumal temple. 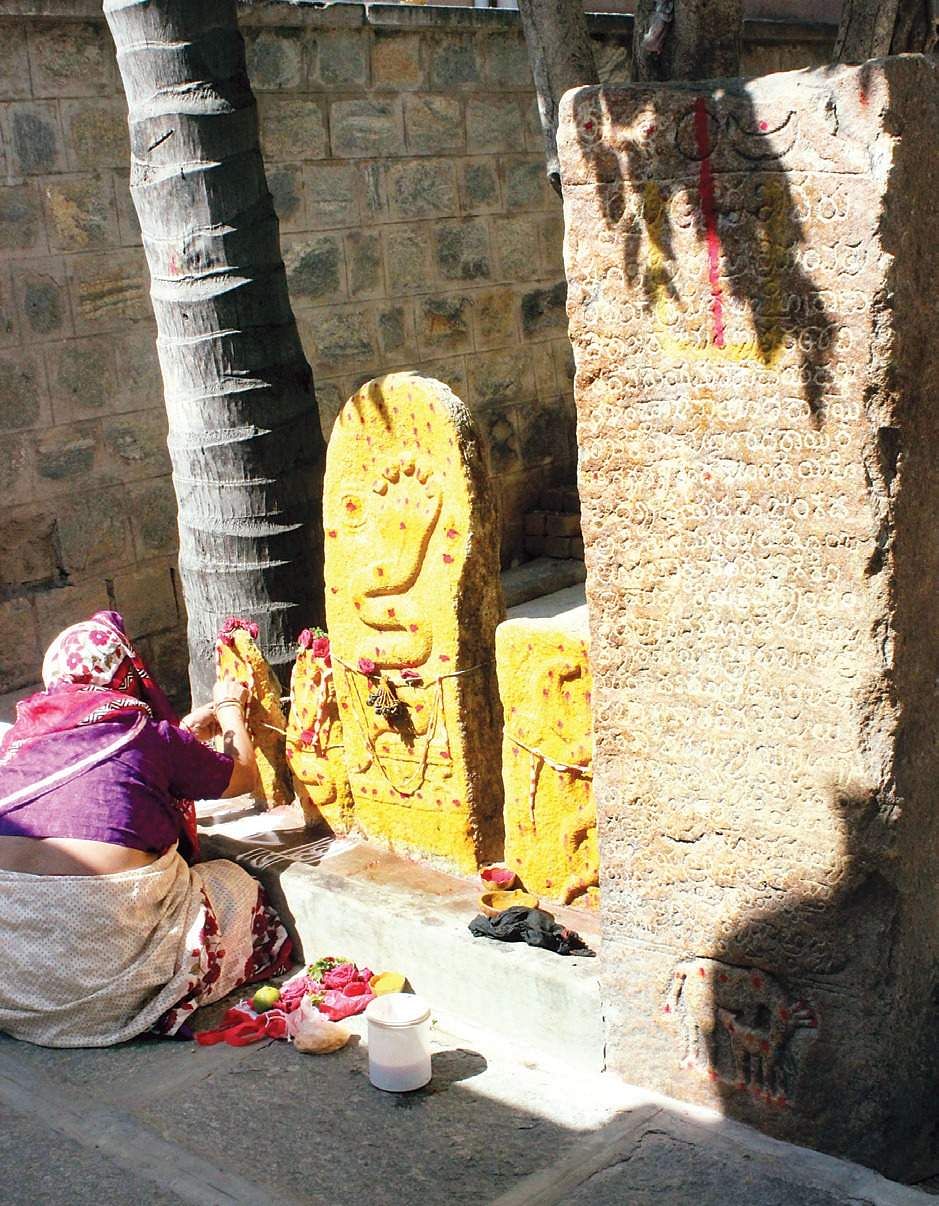 According to a book Gangaikonda Cholapuram by R Nagaswamy, a government official, having built this temple, as per the custom of Vaishnavaites, he built an Anjaneya Temple just in front of the Vishnu temple.

But Sounderarajan, a superintendent of archaeological department, says the Anjaneya Vigraha and its architecture seem to indicate that it was built two or three centuries later by Vijayanagara kings.

The sanctorum is built on a high platform, in a way that the sun’s rays fall directly on the main deity during the summer and winter solstices.

People once believed that there was  a secret passage or a tunnel from the temple to an unknown place, several miles away. The adventurous tried to trace it but had to return, after  being lost in the darkness. Some also say that there’s a five-headed cobra guarding the treasures of the temple.

Later, it was found that it was just a small room, which is generally the kind found in the South Indian temple, which stores the temple valuables. Arun Prasad says, “One of the mantapas had an underground cell that was used as a storage locker for the temple valuables.

But it is covered today. The images of Lord Vishnu and his consorts Sridevi and Bhoodevi in the sanctorum are carved from Saligrama stone, which is found only in the northern part of India.” According to the journal, a big iron chain, two earthern vessels and an antique lamp were discovered during the renovation.

The temple is said to be the only pranic temple in the city. It has 12 pranic points - small white squares around the temple that are said to radiate powerful positive energy. Devotees believe that all your wishes come true when you stand in those small squares and pray.

The Navaranga pillars and the front mantapa are later additions to the temple. “They have tried to build it in Vijayanagara style,” says Arun Prasad. “The elaborate renovations in the recent past hasvedisturbed the historic and heritage value of the temple. It could have been restored and not renovated.”

Shakuntala claims that the temple was badly damaged. “The pillars and some portions of the original structure had collapsed. So, it had to be renovated. It was done about 15 years ago. But the main sanctorum and the inscriptions from those times have been maintained as such,” she concludes.