‘Start with a roll then go raw with Sushi’

Sticky rice soaked in vinegar and neatly draped in seaweed sheet, or sushi, is a dish that has evolved and spread to countries that have made versions of their own.

BENGALURU:  Sticky rice soaked in vinegar and neatly draped in seaweed sheet, or sushi, is a dish that has evolved and spread to countries that have made versions of their own. In fact, authentic sushi is hard to find.

Its origin was functional. Salted fish stored in vinegar rice could last for months and supply adequate amount of protein. The contemporary versions of the dish do not resemble its predecessor Nare-Zushi.
“Today in India we find tandoori sushi, palak paneer sushi and many other Indian varieties of it,” laughs the specialty chef, Boonlurah Panchai, of Leela Palace Bengaluru. 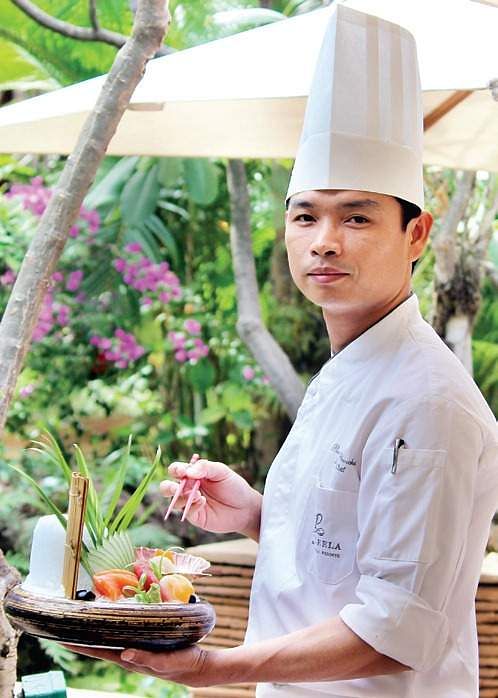 He has curated a sushi festival in Zen Leela Palace, which will commence on March 6, and serve traditional sushi rolls and sashimi platter. City Express catches up with the chef to trace sushi’s evolution and his journey with it.

Where are you from and how is the dish like in your country?
I am from Thailand and sushi is well-loved there. When I went to Thailand five years ago and there were about 9,700 sushi restaurants. I am sure now it must have crossed 10,000 now.

Sushi originated in Japan but the style of it was popularized in Korea. Sushi is actually meant to be served with raw fish but the stigma of eating raw is deep in some countries. That is why we have different inventions and people opt for cooked or boiled ingredients.

The traditional sushi has rice, vinegar, salt, sugar, cucumber, Japanese radish and raw fish. Sushi travelled to America and it is now called California Roll. There is also something called a Crazy Roll, sushi that people thought had a crazy taste.

When and how did you come to India? What have you learnt here?

I started my career in the year 1999 in Thailand and I was sent to India on work. I worked in Delhi Leela Palace and moved to Bengaluru about three years ago. I think I sharpened my chef skills more in India because Indians like ordering dishes that are off the  menu.

Also, in India people do not order much variety. When a friend recommends a dish to a friend or a relative, they try that out.

What is different about sushi in India?

Authentic sushi is actually bland in flavour but because India loves spices, we serve spicy sushi here and it does really well with the Indian customers.

What is something that is new in the second edition of your sushi festival?

There is something I have experimented with. It is a sushi dessert called Frushi that is made with sushi and fruits. It took me three days to get the dish right.

What do you recommend to people who are tasting sushi for the first time?

There are three stages of sushi. First is Maki that is the roll, then there is Nigiri which is semi-cooked and Sashimi which is fully raw. I recommend people start with Maki.