On International Women’s Day, Swathi Nair documents everyday feminists who have made their own fearless choices in spirituality, sexuality, career and relationships. They defy societal norms and live

‘Picked Animals Over Bae’
At 37, Amee Mendez is a parent to 53 dogs, one paralysed cat, another injured one, four ducks and a couple of hen. She has moved out of a few houses and remains an outcast to her own family. “I ran out of my house three days before my engagement. I found out that the guy was marrying me just for the dowry,” says Amee, who has a masters in Biotechnology. “I was a burden to my family,” she adds.
However, true love did knock on her door one day at work. “This dog who would constantly bark at me on my way to work wasn’t barking at all that day. I took Betty (the dog) to the hospital,” she recalls. She later adopted Betty and several other abandoned animals.

There have been times when men have made “nasty sexual advances” at her because she is single. Not too long ago, Amee was in over a three-year long relationship. “Everything seemed better when he was around. I had a life beyond taking care of my animals,” she says.
But that phase didn’t last too long. “He wanted me to leave my animals and move to his house in Ghana. We broke up,” she adds.
Amee falls short of funds quite often. “My salary just isn’t enough,” she says. She hasn’t taken a vacation in over six years nor does she catch a break during her weekly offs as the days are spent taking care of the animals. “It is exhausting,” she says, but adds that she could never abandon her animals for anyone. 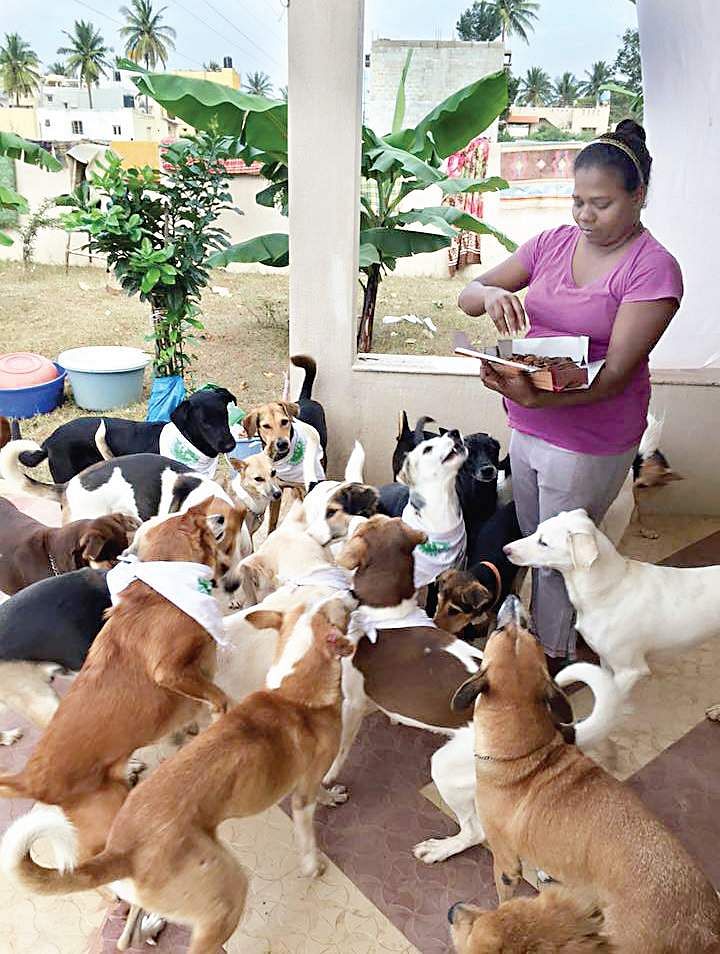 My Genitals, My Call

“My brother thinks my armpit hair is gross,” says Nupur Saraswat,22. Based in Singapore, Nupur is originally from Bengaluru. Initially, the choice to keep body hair dawned on her as a realisation. “I was pleasantly surprised that the choice was mine- to shave or not to shave. This was a couple of years back. Since then, it stopped being something I grew to make a point, or to further my feminist beliefs, or even to inspire others,” she says.  So why does she choose to keep her body hair? “Because I can,” says the fierce feminist who is also a performance poet. Her body hair is always a topic of discussion on dates. “Some have tried to barter it away with all sorts of favours,” she says. One partner once asked her:

“If I take the trash out today, will you shave?”
Nupur adds that the reason she stands her ground is because she is an advocate of complete control and right over ones own body even in romantic relationships. “I don’t believe that what my genitals look like should be according to the aesthetic preference of my partner,” she says.
Body hair has stopped being a “statement” and just been a way of life for Nupur. She identifies the need to shave body hair to have stemmed from a class struggle. “It is a Eurocentric behaviour stemming from the need of milky white satin smooth skin. And what is hilarious is that even in 2017, some of the hair removal products are sold with the exact same slogan,” she adds. 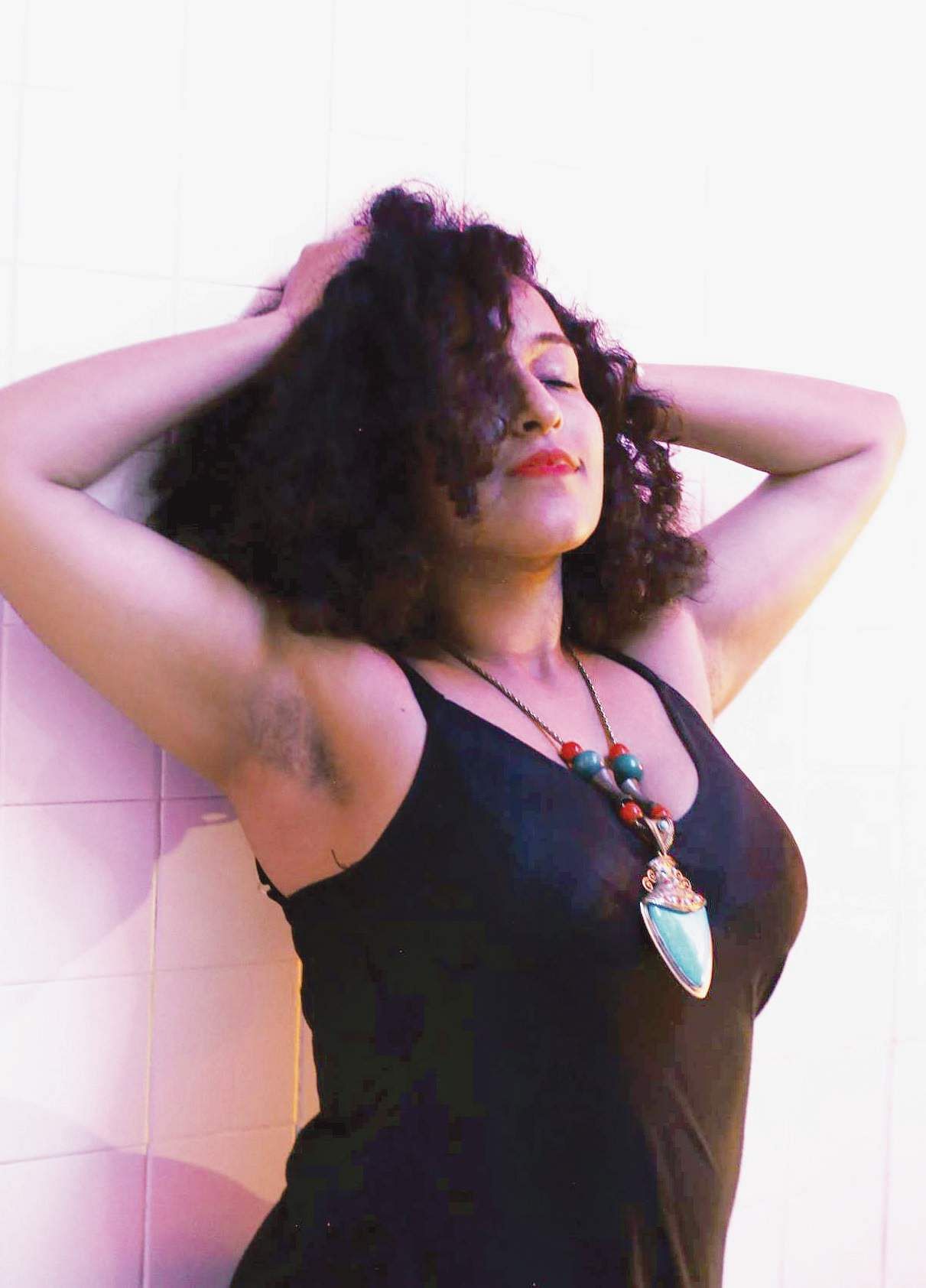 Megha Sharma Bhagat, got her first tattoo when she was 23. “I thought my family would disown me so I went back on vacation covered in polo shirts,” recalls Megha.
She got five more in the next six months. Nearly ten years later, Megha currently has 25 tattoos on her body. “My family still grumbles when I get new ones,” she adds. Her friends think it fits her image of being rusty, brash and hot. Her family isn’t very approving of her getting inked. “They are more bogged by what people think, especially for a 32-year-old unmarried daughter. My mother doesn’t really throw tantrums, but every time tries to impose that my body is their responsibility so her comment evertime is -- we gave you permission for one tattoo,” she says. Such confrontations lead up to heated conversations at home with her letting her parents know that she owns her body. “The concept of them having agency over my body doesn’t apply,” she says.

She gets a look over quite often because of her tattoos. “I once had a certain VC sitting next to me in the speaker lounge of a tech event, try to peek a boo at my tattoo on the back by blatantly just unhooking my blouse down in less than 10 minutes of meeting me,” she recalls.
For Megha, getting inked is about expression of art. Her tatoos include a designer’s commissioned work, poetry, words from everyday life, sanskrit and pictures among other works. “My body is what will stay with me and the one beautiful creation I own completely. Why not make it a way of expression of the beautiful creations by others,” says the co-founder and chief of growth at Project DEFY

Not Bound by Gender, Relationship Dichotomy

Rishika Anchalia identifies as a genderqueer person who believes in holding solo polyarmorous relationships. “There are times when I see herself as a man or a woman, but for most part I am neither. I identify myself under the trans and non-binary umbrellas,” the 23-year-old explains.
The Economics undergraduate affirms that gender is not binary and that societal construct has drawn lines identifying men and women, while failing to accomodate the mixes. “Somedays I want to bind my chest, some days I don’t,” Rishika says. But also adds that as much as one tries to do away with the gender stereotypes, “we are not identifying what being a woman really means”.  Rishika says this pointing to the sexist ideologies.
As a solo polyarmorous individual, they lament the lack of awareness of “poly fidelity”. Rishika says, “The biggest misconception with polyarmory is that you are open to seeing other people. You may have multiple parnters but you can also still be in a closed relationship”.

In a hierarchical polyamory, one has a primary partner and then secondary ones. In case of solo polyarmory, Rishika considers the self as primary.  Polyarmory is challenging, notes the Jaipurian, but says that relationship anarchy and polyarmory has allowed them to prioritise all relationships and not succumb to romantic relations as a social construct. “Polyarmory is more difficult than monogamy. You are supposed to balance out emotions, make schedules, ensure you are okay and that you have time for yourself. That is my favourite part. It makes me find time for myself. In monogamy I would have centred myself around someone,” says Rishika.
(Rishika uses the pronoun "they" to address self) Poetic Coming Out
In 2015, Sayantika Majumder chose to broke the heteronormative construct that influenced her to being in a relationship with a boy, while she had always been attracted to women. At 26, the college student is in a happy relationship with her current girlfriend. “I dated a guy for four years and then I just couldn’t do it. I just wasn’t sexually attracted to men,” she says.

Sayantika came out to her current college through a poem she recited at the inter-collegiate festival. Here’s the poem: “You don’t know what it is like/ to be told you are not right/ to be told you are in sin/ to be guilty deep within/ to hold hands with a guy/ when your heart wants to cry/ for the girl you left behind/ but you can’t get off your mind”.

Most of her projects too were build around the LGBTQIA community. “I used to send links of my works to my parents and that is how they realised my sexual identity,” she says.
She feels strongly against Section 377 of the Indian Penal Code. “It leaves us vulnerable to same sex molestation. How does one file FIR if one is sexually abused by the same gender,” she asks.
Sayantika also notes that it is difficult for several of her lesbian friends who have been forced to marry a guy by their parents.

Building Sisterhood Circles in THE city
Having completed her MA in Women’s Spirituality from Institute for Transpersonal Psychology, Rekha Kurup along with her mother started the She Stands Tall Project. As part of the project, Rekha organises courses and workshops in the city primarily for women. She also hosts a few workshops that include both men and women.
Rekha has worked in the Silicon Valley for close to ten years, following which she dwelled into knowing herself and the world around her better. She separated from her partner when the only explanation for his behaviour became anchored around, “that is how men are”.
Her workshops are designed structurally with a set pace and exclusively selected music and space.”My work explores the personal, relational and transpersonal. The response one gets following the experiential learning workshop is the spiritual aspect of my work,” she explains.
She does this by organising sisterhood circles on every new moon in the city. “My vision is for every woman to have their own sisterhood circles. As women, we are all about inclusivity and it is important that we know that we aren’t alone,” she says.
She insists that her work is not restricted to spirituality and identifies herself as a feminist Yogini. “To me spirituality is about knowing how expansive one can be and that everything is interconnected in the Universe,” she says.
You can read more about her work at www.shestandstall.com and write to her at shestandstallproject@gmail.com.

Doesn’t Have “an actual Job”

Ask Janet Orlene, what she does and she will respond with “I am a spoken word poet, performer, naturalist, outbound facilitator, corporate training facilitator and an experiential learning facilitator as of right now”. Yup, as of now indeed. Quite a few years ago, after she dropped out of college, Janet realised having a regular 9 to 5 job wasn’t her thing. “ The world is changing far too quickly for me to stay with one thing,” she says.

It took a while for the perpetual “find an actual job” thing to settle down among her family members. “They don’t exactly understand what I’m doing but they have learned to accept it,” she adds. Financially, being non-salaried has both its advantages and its disadvantages, she notes. “But as far as I can see, I make just about the same or slightly lesser as a salaried job including the months I take off to travel,” she adds.
A lot of her friends tell her about how they wish they could do what she does, but Janet adds “they often do not understand the trouble and the work behind this. For all the travel and the various activities/roles I play, I work a lot more than I have ever done in a salaried job. It’s exhausting, highly demanding but it’s also very rewarding”.