This is an example of a single person making a huge difference.

BENGALURU: This is an example of a single person making a huge difference. Nikhil Sebastian, a grade 11 student from Greenwood High International and his family have been actively involved in charity for many years now.
Now an initiative started by him called the Green Life Initiative since July last year aims to conduct as many as 1,000 eye surgeries for those suffering from cataract and glaucoma and have already collected around Rs 6 lakhs in donations for the purpose. 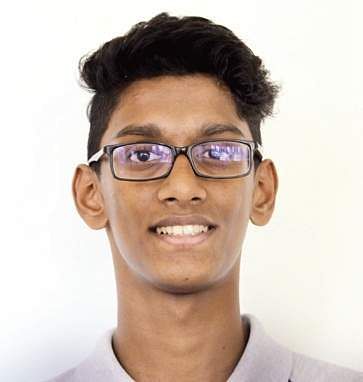 Nikhil is spearheading this initiative through his club called the ‘Ys Men Club of Gree Aster’ that is part of the international organisation YMCA called the Ys Men International. Nikhil’s father is also an active member of the Ys Men Club and is also engaged in a number of charity works.
“The rotary international has also come forward and told us that they would help with the hospitals who would help the cause. Through them we now have around 5 hospitals who will perform the surgeries. For every Rs 1,000 donated to us they will perform a free operation,” says Nikhil.
He says that while Rs 6 lakh has already been collected, he would be sad if the donations did not reach around Rs 10 lakh.

“We want to spread the awareness and are telling people about this initiative. The hospitals are identifying a number of people in villages and other needy people who cannot afford such an operation. We will collect names and ensure surgeries are done,” he says.
Nikhil says that he has seen the sufferings of people in need through his visits to old age homes and hospital and wants to play a small part in making life better for such people.

“I cannot cure cancer but we can all play our small part,” he adds.
Cataract surgeries are expensive and can cost anywhere between Rs 15,000 to Rs 60,000, per eye. This comes as a burden to most economically strained families pointed out Stephen Samuel, Secretary, Ys Men’s Club of Green Aster.
While Nikhil has a passion for aeronautics and comp science, he says, “I want to continue on trying to change the society and make my mark and to make a difference in people’s lives,” he adds.