After every arrest, this serial rapist managed to get bail in Bengaluru

Though an accused in 12 rape cases, 18 months is the longest Shivaram Reddy has spent in jail so far

BENGALURU: He was an obsessive sexual predator who targeted single women living in the city. But what is shocking is that Shivaram Reddy managed to get bail after every arrest.

The 31-year-old was out on bail when police fired at him on Tuesday and arrested him for the fifth time when he was trying to enter a PG accommodation to target another woman.

A cab driver by profession, Reddy is accused of raping at least 12 women in Bengaluru. Thanks to loopholes in the system, every time he was arrested on charges of rape or attempt to rape, he soon walked out of jail by getting bail. Eighteen  months is the longest he spent behind bars when police invoked the Goonda Act apart from other provisions in the IPC. 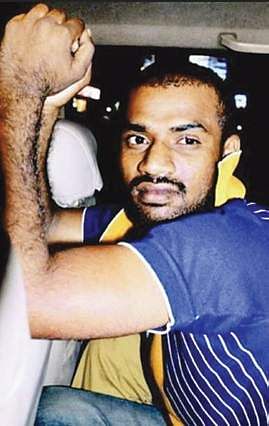 According to senior advocate M T Nanaiah,  public prosecutors who argue on behalf of the state sometimes fail to provide documents to support their argument. He says the police can approach the court by urging it not to grant bail to the accused by providing documents highlighting facts of the cases. Failure to do so helps the accused, he added.

However, S T Ramesh, former DG&IGP, says police did their job by sending him to jail and even booked him under Goonda Act. “Even under that Act there is a provision to get bail after being in jail for a certain time and it will not ensure that he can be kept in jail forever,” he says.

Reddy was arrested for the first time in Bannerghatta in 2012 after he had allegedly raped a woman after threatening her and her boyfriend. He was sent to jail but was out within a few months and again arrested on charges of raping a woman in Adugodi. He was again sent to jail but walked out after getting bail. Shockingly, police failed to check the rapist as he continued to target women living in PG accommodations.

Officers investigating the case told Express that in many cases victims did not approach police. Whenever a case was registered, he was picked up, sent to jail and a chargesheet was filed.

Reddy is currently in police custody and being treated for bullet injuries. On March 7, police fired at him when he tried to attack them with a knife.

He targeted beautiful women
“Reddy used to molest beautiful women, CCTV footage in 16 PGs caught his act. During interrogation he told us that he targeted PGs late night and raped only beautiful women. In five cases he only stole valuables and left the place telling his victims that they were not good looking,” a senior officer told Express.

On Tuesday when he was chased by police on Marathahalli Outer Ring Road, he had planned to barge into Alisha PG to rob valuables. Four policemen sustained stab injuries when he attacked them with a weapon.
In 2012, he had gone to Bannerghatta and recorded a sexual act of lovers on his mobile. He then threatened the woman by showing the clip and raped her. The lovers did not file a case fearing stigma. Reddy had confessed to this crime during interrogation, police said.