Are Bengaluru PGs a safe option?

Express does a reality check on safety at paying guest accommodations in the city. Most of them do not have CCTV cameras, security guards; many of them do not follow guidelines

BENGALURU:For many women living in the city, paying guest accommodations are a convenient option. But security lapses have threatened their safety. Express did a reality check by visiting PGs around Hennur, Hebbal, R T Nagar, Kempapura, Bommanahalli, BTM Layout and spoke to a few women staying at these PGs. 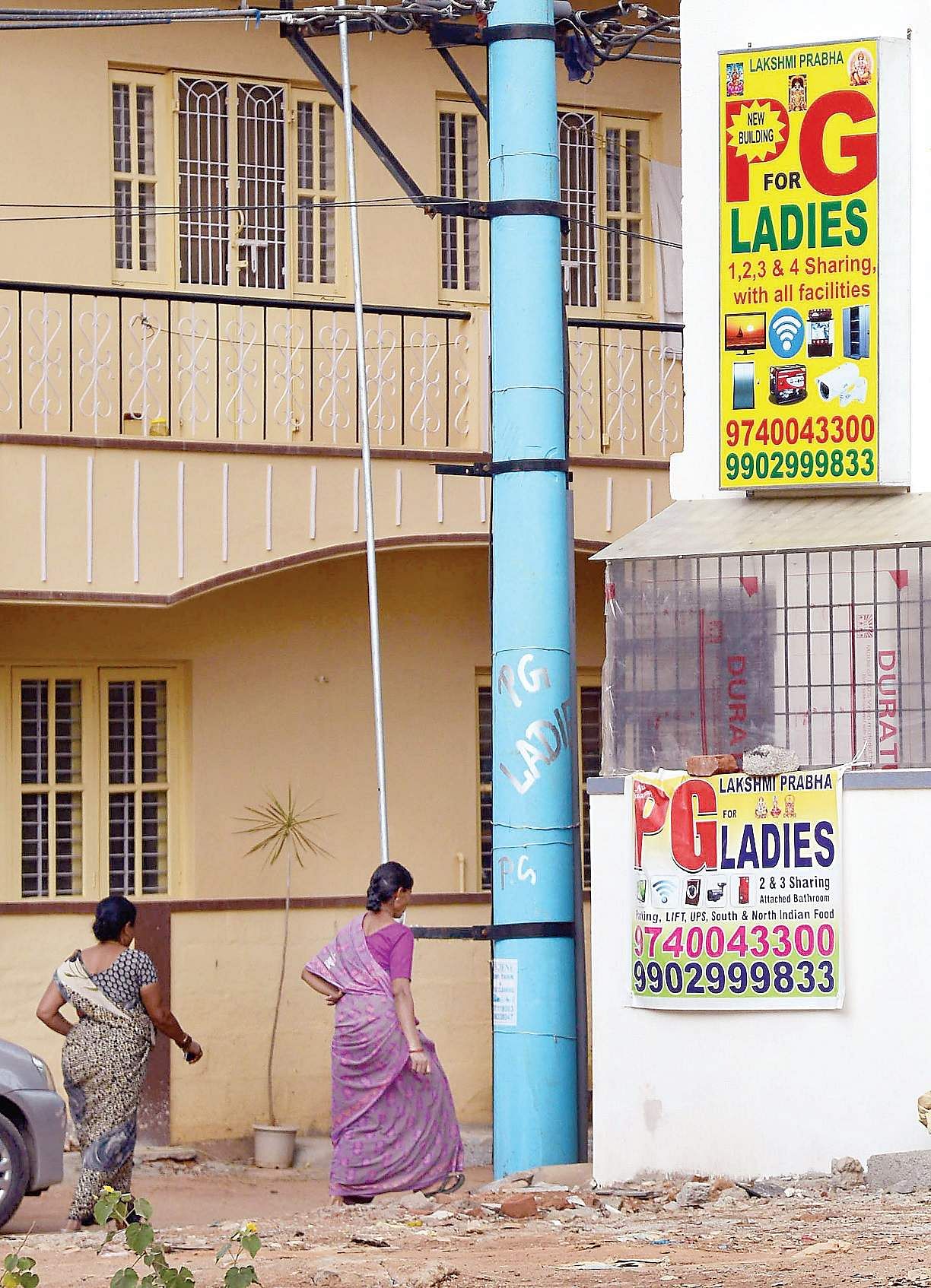 Reports of Shivaram Reddy’s crimes has left many women living in PGs worried. Reddy targeted single women living in PGs and is accused of raping 12 women in the city.
Krithika R S, a working professional, said that the PG she stays in at Vasanthnagar was an independent house that was turned into a PG and there are no security measures on the premise. “There are no CCTV cameras, no security guard and people staying in neighbouring buildings can easily gain access into the building. They charge a security
deposit but safety is always a
concern. I read the story
about the man who raped women living in PGs and that makes women across the city feel unsafe,” she said.
Narmada H N, an IT professional in Electronics City, said “I stay in Bommanahalli in a three-storey PG. There are no CCTV cameras or security guards. Our owner lives abroad and he comes down to collect rent. But the staff who maintain the PG do not bother to ensure safety.”

Ananya, a student, shifted to another PG in Hebbal after two men tried to enter her room on the ground floor of a building. Even after she complained about the incident, the owner did not bother to hire a guard, she said.
Vasundara, an engineering student, said, “I have been staying in a PG located in Kempapura near Hebbal for the past three years. There have been no problems so far. Along with security measures and CCTV cameras, we have to keep an eye out for suspicious people and inform them jurisdiction police about the same. Police should increase patrolling in areas where PGs are located.”

Surabi, who lives in Banashankari in south Bengaluru, said that instead of putting the blame on lack of security measures, police too should keep strict vigil and ensure those who misbehave with women are punished.
A senior police officer said, “We are aware that many owners running PGs in the city have been violating guidelines issued by the police department. I have asked all DCPs in their respective divisions to conduct surprise checks on PGs for security lapses and take action against them on monthly basis.”
He added, “We need to standardise norms set by BBMP and officials should cancel licences of PGs that don’t follow the norms.  Women and Child Welfare Commission officials too have visited some PGs and have asked for action against those that are violating norms.”