Oldest public libraries in the city

These five libraries have stood the test of time, enlightening passionate learners

The Mythic Society Library
The library of the Mythic Society with over 40,000 books and several current journals and back volumes is one of the well stocked and well managed libraries in the city. Founded in 1909, it has been enriched with continuous addition of books and journals over the last 100 years. The library also has a collection of old Sanskrit and Kannada manuscripts, historical documents in Kannada, Marathi and Persian, and a few contemporary paintings. 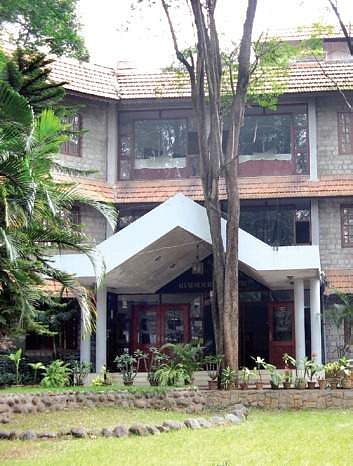 Also known as 'People's University', it boasts of a collection of over 3 lakh books. Established in 1915 and housed in the Seshadri Iyer Memorial Building at Cubbon Park, the library is one of the most important and largest reference libraries in India including some 6,000 old and rare volumes and periodicals.

Gokhale
Institute of Public
Affairs Library
The Institute in the present form was thus born on 18th February 1945. However, as the needed building was not available, it was only on 2nd July 1946 that the first lecture was arranged after securing a building.

That meeting was addressed by Hrudayanath Kunzru, then president of the Servants of India Society. The Study Circle was started on 15th December 1947 and the first book taken up for study was John Stuart Mill's On Liberty, Since then many classics in English, Samskrit and Kannada have been studied.

The Indian Institute
of World Culture
It was founded on 11 August 1945 in the suburb of Basavanagudi and owes its existence to the foresight, vision and sacrifice of its founder, B. P. Wadia and his spouse, Sophia Wadia. The prime object of the Institute is to foster the growth of a truly cosmopolitan spirit among citizens of all nations.

The United Theological College
It is situated behind the Cantonment Railway Station, Miller’s Road and was inaugurated in July 1910 under the name, The United Theological College of South India and Ceylon, as 'a Christian College where students may obtain a sound theological education'. It was established through the co-operation of the London Missionary Society, the Wesleyan Methodist Missionary Society, The United Free Church of Scotland, among others.