Bengaluru is in full bloom and will be so till mid-April. Naturalist  Ulhas Anand takes City Express’  Pushkar V on a tree walk

BENGALURU: Arara nut
Oil obtained from the seed is strongly purgative and can be toxic
Origin: Brazil

Baobab Tree
is said to grow for many years. The trunk of older trees get hollowed to an extent that it can contain 1250 ltr of water. Bijapur taluk has two baobab trees (Adansonia digitata) aged 359 years and 600 years.
Origin: Tropical Africa 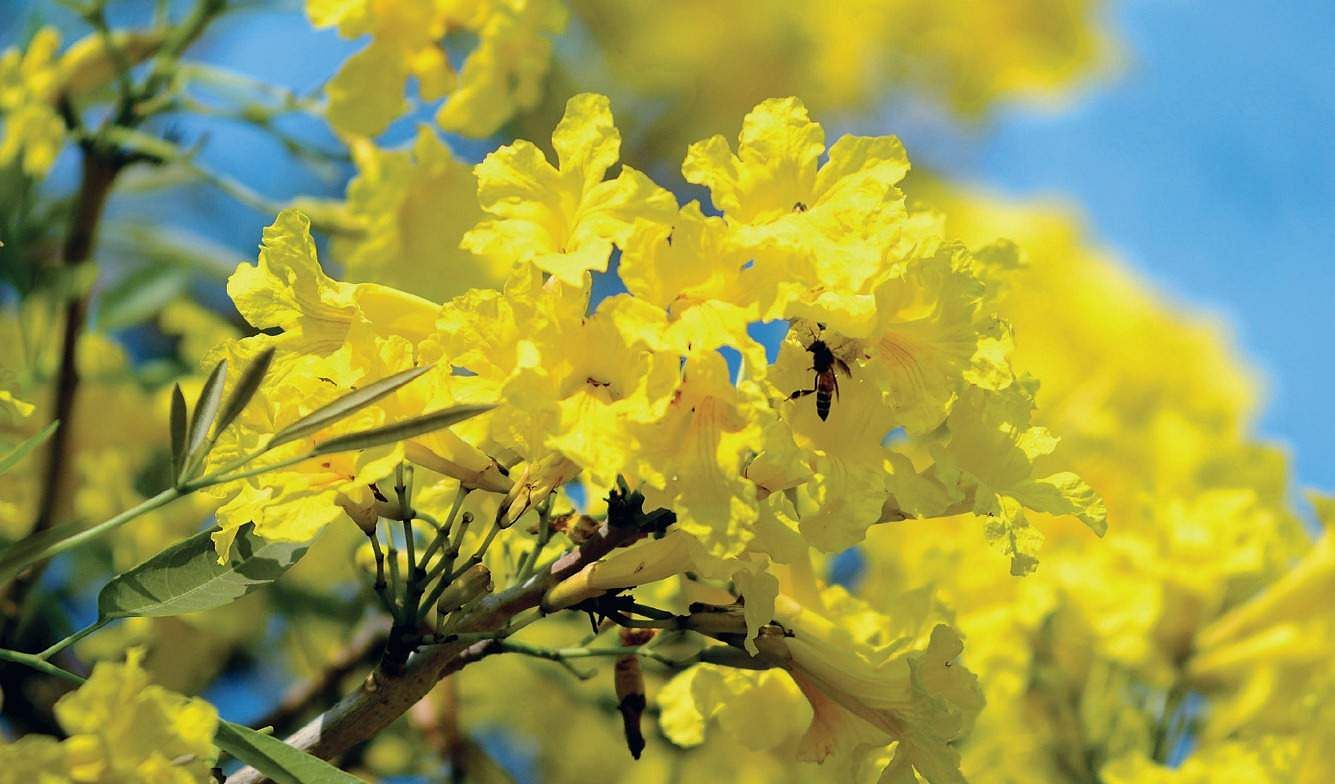 Cassia grandis pink shower tree
is known to be planted as an ornamental. A Dutch painter in Brazil Albert Eckhout’s depiction (right) of Tapuian cannibal woman with a human hand in her hand and foot in her basket, standing under a tree that is likely Cassia grandis, 1641.
Origin: Mexico

Cook pine
is the tallest tree in Bengaluru. Some call it the Christmas tree. Four trees were planted in the 1860’s from Cook Islands, New Caledonia  - two in Lal Bagh and the other two in Raj Bhavan from where, the pines were
germinated in
different part of the city.

is known as Krishna’s Butter Cup. It is believed that Lord Krishna was fond of butter and would even steal it. Once when he was caught by his mother, Yashoda, he tried to hide the butter by rolling it up in a leaf of this tree. Since then, the leaves of these trees have retained this shape. If you plant its seeds, they grow into banyan trees. Origin: India

Schotia Brachypetala
is a flowering tree. It’s nectar is so sweet that the birds get intoxicated after having it.
Origin: Africa

chikku tree
in Lal Bagh is said to be the first of its breed planted in India after one in Kolkata. This tree continues to bear fruits during the season.
Origin: West Indies

false Monkey
puzzle tree
or Bunya-bunya grows up to 100–130ft in height. Native to Australia