Pick a map of India, paste it on a wall and throw some darts at it. Anywhere you hit, you are guaranteed to have a range of  mind-blowing culinary experiences! Hop onto the wheels of imagination and d

Mumbai-Pune Expressway
The sights and smells of colourful ‘jams’, chikkis, custards and pickles on a road trip to Lonavala are an experience to savour, along with the staple favourites of every Maharashtrian, the tried and tested vada-pav, dabeli and missal vada.

Jaipur to Jaisalmer
How can one of the most colourful regions of India be far behind when it comes to food? Rajasthan has an unparalleled variety of dishes, starting from that universally acknowledged dal baati churma which makes your lips smack and your stomachs quiver as you see that container full of desi ghee. Then comes the red-chilly soaked laal maas, which will leave you licking the masala off your fingers! The entire trip from Jaipur to Jaisalmer, with numerous known-and-unknown forts and flavours, is great for a person looking for unique experiences! 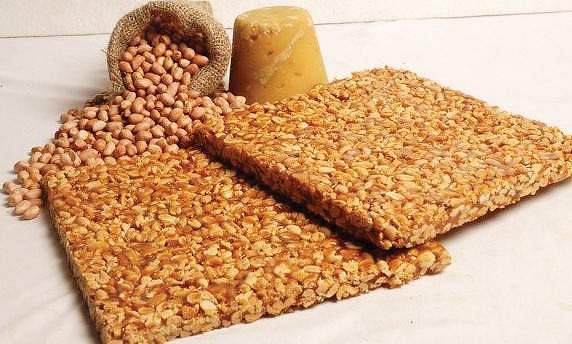 Manali-Leh Highway
Spanning a length of 479 km, it is probably the most picturised hill terrain highway in India, made popular by Bollywood.

From ‘Jab we Met’ to ‘Dev D’, the snowy glory of this winding road has been well captured in the films. However, one misses to see a full-blown local meal captured on screen, with steamy thukpa, thenthuk, skyu, paba, and butter-salt tea or a bit of chang (rice beer) to wash it all down.

Manali-Leh Highway
Spanning a length of 479 km, it is probably the most picturised hill terrain highway in India, made popular by Bollywood. From ‘Jab we Met’ to ‘Dev D’, the snowy glory of this winding road has been well captured in the films. However, one misses to see a full-blown local meal captured on screen, with steamy thukpa, thenthuk, skyu, paba, and butter-salt tea or a bit of chang (rice beer) to wash it all down.

Khardung-la pass
One of the world’s highest motorable passes, the Khardung-la Pass lying to the north of Leh and connecting the region with Shyok and Nubra valleys is often considered to be one of the nature’s most beautiful pathways. Enjoying a meal of Yak cheese pizza with Yak milk tea, watching the sun set over a vast valley with a few Bactrian camels and enjoying an evening stroll are the experiences which you should have on your bucket list.

Bihar-Orissa-Kolkata
The cradle of Indian culture and civilization, from Nalanda to Taxila, the Bihar-Orissa-Kolkata routes are a hotbed of a variety of dishes and flavours. Litti-chokha, Mahgu’s mutton kebabs or the sweets of chandrakala and pithe-puli, these delicacies are a combination of austerity and affluence of flavours. Once you enter Kolkata, the City Of Joy, however, you realise that you have entered the ‘city of food’! With food joints sprouting in each corner and each of them with a distinct taste and flavour, Kolkata is indubitably the ultimate foodie’s paradise.

Chennai to Pondicherry
along the East Coast Road
They take their food seriously down south. So, passing along one of the most beautiful sea-fenced roads, it isn’t surprising to come across the most scintillating filter coffee or masala dosas like you have never had them. Being an erstwhile French Colony, Pondicherry also has some great restaurants to enjoy authentic French cuisine with a beer and a shimmering sea to give you a company. 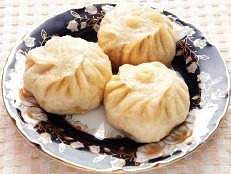 Starting from the capital and largest city of Assam, Guwahati, to the administrative headquarters of Arunachal Pradesh with a population of about 5000, this entire road trip is all about contrasts. The beautiful scenery that permeates amidst bustling towns and the food that travels from the Bengali influences in Assam to the more chilly, fermented cheese and farm-animals based dishes in Arunachal provide a vivid canvas for the taste buds.

For the adventurous foodies, Arunachal is the home of Bhut Jolokia aka King chilly or ghost chilly, which won the 2007 Guinness World Record as the world’s hottest chilli pepper at more than 1 million Scoville Heat Units (SHU)! To put things into perspective, your regular Tabasco sauce is at a paltry 2,500 SHU.

Delhi-Agra-Lucknow
From the cold and empty roads of the mountains, let’s jump into the mad frolic and sweltering heat of the national capital, the lover’s capital, and arguably, the non-vegetarian foodie’s capital as well. Starting from the chole-bhature, raj-kachori and butter chicken to the petha, agre ki chaat, dalmoth tand moving on to the Awadhi biryani, galauti and tunday kebabs, the hallowed lanes and alleyways of these cities are filled with the legacy of an intricate relationship between food and the Mughal sultanate.

Goa to Bengaluru
This trip of 700 km from the party capital of India to its Silicon Valley will let you enjoy every bit of the ‘work hard, party harder’ movement. The transition from Konkani, Malabari and Portuguese cuisine with its dependence on fish, beef, pork and a host of seafood found abundantly in Goa to the more Dravidian stuff in Bengaluru with balanced flavours in Mysore Masala Dosa, Coorg Pandi Curry (Pork Curry) and the famous Mysore Pak sweet imitate the carefree attitude of the holiday destination with the responsible and disciplined workaholic life in Bengaluru! Travelers will never feel alone on this route as they will be inadvertently joined by hordes of jobbers either escaping to party in Goa or returning to their jobs, refreshed and rejuvenated!

Stay up to date on all the latest Bengaluru news with The New Indian Express App. Download now
TAGS
Food mapping Indian highways