The winner of the International Sabitov Violin competition started taking music classes at the age of six.  The 41-year-old plays the violin and confesses that he gets “jealous if  someone can play more than one instrument”. He is a music conductor and a producer.
The first tune you learned?
I really can’t remember now, but I guess there were some kids’ melodies that I played with pizzicato.

Fondest musical memories?
Memories of those vinyl discs playing in our house. There was always music at home. I have recollections of it from the age of four. 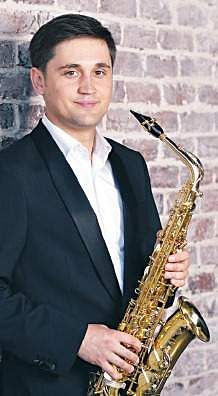 Your favourite musicians?
There are some instrumental pieces, concerts or symphony music that I like  to listen with specific artists.
Stern with Brahms violin concerto and some trios, Pletnev with Mozart piano sonatas and Bernstein conducting Beethoven symphony.

Do you get nervous before
a performance?
Very often. Actually, it’s absolutely normal. It means your are still alive.

How do you balance your music with other obligations - spouse, children, job?
The most tricky question. Sometimes it’s really impossible. I try to compensate the time that I spend practising or performing.

Vitaly Vatulya
Known as one of the most
talented saxophonist in Russia, this 29-year-old started his music education at the age of seven. In 2016, Vitaly became a prize-winner at the 8th International Saxophone Competition in Nova Gorica (Slovenia). He is pursuing a masters programme with Conservatorium van Amsterdam. 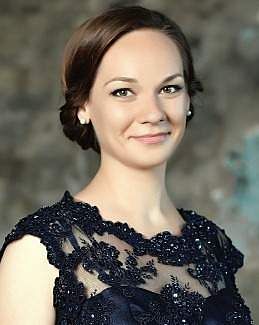 What was the first tune you learned?
The entertainer by Scott Joplin.

Is your family into music?
My mother is a pianist.

What was your first musical instrument?
My first instrument was piano, then I switched to the saxophone when I was 10.

What are your fondest musical memories?
The first time I heard a classical saxophonist live. I was left amazed in that moment.

How do you handle mistakes during a performance?
I’m trying not to make them, but if I do, I try to improvise.

Do you get nervous before a performance?
Not really.

How often and for how long do you practise?
Every day, as long as possible.

How do you balance your
music with other obligations – spouse, children, job?
The answer is in question: everything should be in balance.

Maria Nemtsova
Born in Moscow in 1984, Maria began playing the piano at the age of five. Maria,32, has performed at major venues around the world including Carnegie Weil Recital Hall in New York and Steinway Hall in London. She has a MMus (Master of Music degree) in piano performance.

What was the first tune you learned?
Some simple Russian song

Is your family musical?
No, I come from a family of scientists. 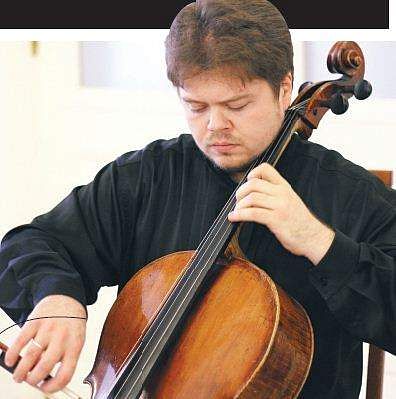 What was your first musical instrument?
It was a violin, but I didn’t like it that much. All the time I was sitting by the yellow upright German piano called Wolframm. Now I have a grand piano in Russia and an upright in Amsterdam where I live.

What are your fondest musical memories?
Too many. Every good concert (mine or when I’m listening) is a great memory.

Who are your favourite musicians?
Good ones. Gould is a favourite.

How do you handle mistakes during a performance?
With difficulty, but I always get over it.

Do you get nervous before a performance?
Yes, of course.

How often and for how long do you practise?
As much as I can.

How do you balance your music with other obligations – spouse, children, job?
That’s not easy. I wish we had 36 hours a day. Not enough time for everything.

Evgeny Rumyantsev
Counted among some of the charismatic young Russian musicians, the 32-year-old is known to combine virtuosity and depth of interpretation with an exciting temperament and unique cello sound. He started playing when he was eight years old. The violoncello player’s music has been marked by Mstislav Rostropovich at the open masterclasses in the Moscow Conservatory.

The celebrated quartet will be performing at
“Music for Peace”, which is being organised by The International Music and Arts Society in association with Vio Voi academy on March 27 at 7pm at the Alliance Française de Bangalore. Tickets are priced at `300.
The programme will feature Schubert, Chopin, and Russian composers Tchaikovsky and Rachmaninoff. The group has come together to play and give free master classes to deserving students with the chance
for them to perform in Russia.

What was the first tune you learned?
Open strings.

Your first musical instrument?
A fabric cello. It was very bad. Now I have old and contemporary cellos and Ibanez 7-string electroguitar. I play the cello, viola da gamba and guitar.

Your fondest musical memories?
Memories of my first teacher.

How do you handle mistakes during a performance?
I try to remember the mistakes and work on them later.

Do you get nervous before a performance or a competition?
Yes, extremely.

How often do you practise?
I practise permanently in my brain, little less with the cello.

Do you teach music?
Yes, I teach in the Moscow Thaikovsky Conservatory

How do you balance your music with other obligations – spouse, children, job?
I try not to take these things as obligations, I just love them, even when I am dead tired.