Making a difference in their lives with sports

Many initiatives are undertaken by Bengaluru’s Samaritans on a regular basis to make the lives of differently-abled children better.

BENGALURU: Many initiatives are undertaken by the city’s Samaritans on a regular basis to make the lives of differently-abled children better. But on Saturday, they went an extra mile and gave these kids something special — the joy of competing in sports.

Volunteers from various organisations came together to conduct a sports day for about 300 differently-abled children at the BBMP playground in Malleswaram. The event was organised by the Paripoorna Sanathana Charitable Trust. 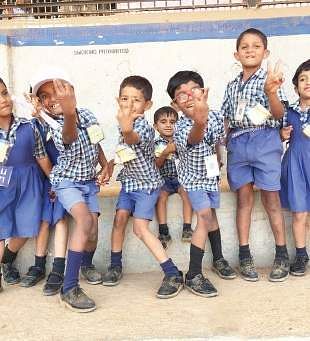 The kids were excited and energetic, and gave their best in the events. There were both track and field events such as running races over different distances, wheelchair race, shot put, softball throw, relay races, long jump and high jump. The children were from various charitable homes. A group of hearing and speech impaired kids were also among the participants.

For 30-year-old Karthikeyan Sunder, one of the volunteers at the event, it was a great experience seeing the children have so much energy and excitement. He said, “This event is carried out every year, but this time it was held on a much bigger scale.” Sunder is part of the organisation Volunteer for a Cause (VFC) whose members work for various causes during weekends.

Volunteer for a Cause has planned an event to entertain the elderly on April 9 by involving them in activities such as singing and dancing. The event is named ‘hiriyara jaatre,’ and the inhabitants of five homes for the elderly will participate, with the total number of participants expected to be 80-90.