Tippagondanahalli reservoir to be revived based on Israeli firm plan

The reservoir, located 35 km from the city, on Magadi Road was the main source of water supply to the city for decades since its inauguration in 1933.

BENGALURU: The Karnataka State Pollution Control Board finally releasing the promised Rs 9.8 crore towards rejuvenation of the Tippagondanahalli reservoir marks a big step towards augmenting water supply to the city in the future.

The reservoir, located 35 km from the city, on Magadi Road was the main source of water supply to the city for decades since its inauguration in 1933.

Bangalore Water Supply and Sewerage Board has recently called for tenders to rejuvenate the stretch of Arkavathy river flowing between Hesaraghatta Lake and T G Halli reservoir, said top officials. Water from this 74-foot-high reservoir has not been used for drinking purposes since 2012. 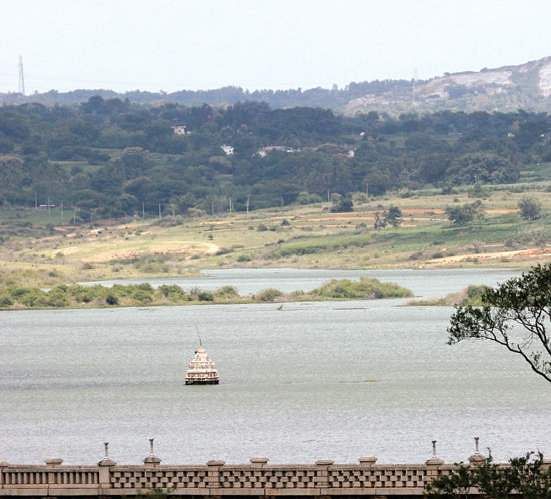 Israeli firm Ayala Water & Ecology Ltd had submitted a Detailed Project Report to the Board over a year ago (January 3, 2016)  but owing to lack of funds, the work had not been taken up. Israel is a world leader is water management and Ayala had also prepared the DPR for rejuvenation of the Yamuna river.

The DPR calling for a solution based on ‘Natural Biological System Technology’ calls for creating wetlands on both sides of the Arkavathy river to absorb pollutants. “About 8 million litres of industrial waste from West Bengaluru, particularly from Peenya and Yeshwantpur, flow into the reservoir via the Madawara Lake every day,” said a top engineer.

“Plants that absorb nitrates, phosphorus and magnesium will be grown in the wetlands. The water thus flowing into the T G Halli Reservoir will be free of such dangerous pollutants,” another official said.

The last date for the tenders is April 24, said A Ravindra, Additional Chief Engineer, New Water Initiatives, BWSSB. By 2018, the city is eyeing an additional 135-140 MLD from T G Halli,” he said.