Art has to keep clothes on in city

Artists say galleries are shy of exhibiting nudes and semi-nudes, from fear of public backlash.

BENGALURU: In 1918, a painting by George Bellows captured the tragedy of human shields. ‘The Barricade’ was inspired by an incident,  when Belgian people were made to stand in a line, naked, to keep German soldiers safe from bullets. This masterpiece may not find a display in Bengaluru today. 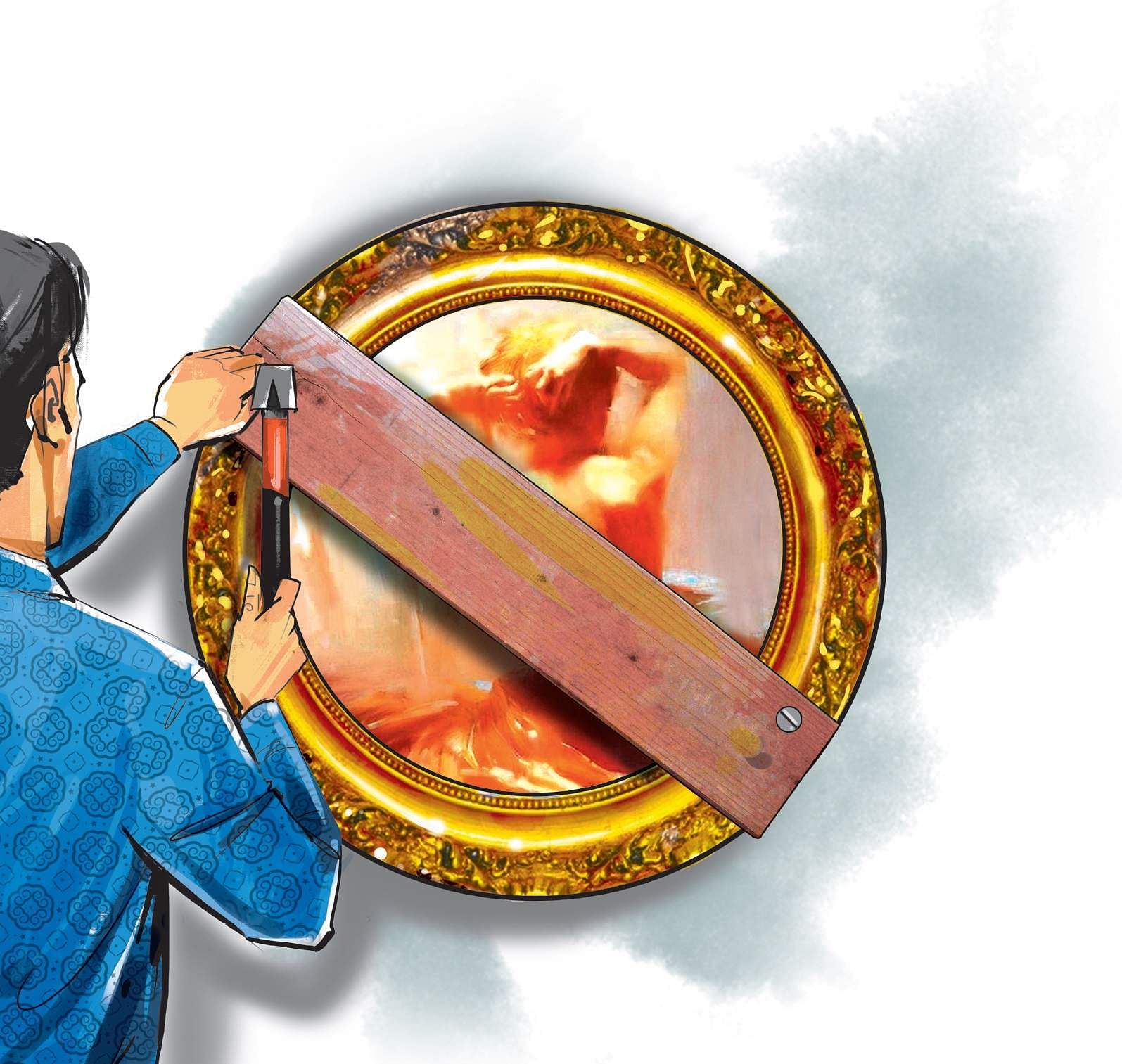 Many art spaces in the city refuse to exhibit  nude and semi-nudes by artists from fear of loss of business or of offending the public.

Shynu, an art consultant, says, “I have personally been to several galleries but haven’t seen any such work being displayed. Gallery owners or hotels know of this unsaid rule now and screen artists’ work before displaying them. They give do’s and don’t’s when you have to showcase work in their premises. We had some pencil drawings on a series of women figures that we wanted to display for public viewing in a hotel but they refused saying they have patrons of all age groups.”

A senior artist Paresh Hazra who works on human figures says, “Galleries want to sell the works. They know collectors and buyers do not like such subjects. People are not open, which is why most galleries do not keep such works.”

Calling such art “a realistic beauty”, he adds, “It’s not vulgar. Vulgarity is in the minds of the people. These are beautiful forms  of men and women, based on the ideas of an artist. Artists draw animals too. They are always without clothes.”

S G Vasudev, an artist, says, “Galleries do not want to take a chance with the public or the buyer. I think people have not understood (how to look at art). They usually think of sex when they see such work while an artist sees it as a form. If such forms are there as  sculptures in temples, then why can’t we have it in galleries?”

Paresh does paintings also of nudes but says few of his works were displayed at a gallery last year because the subjects were turned away from the viewer. “Mine are conceptual pieces,” he says, “and I had displayed the back of a woman’s body. It was part of my Adam and Eve series. So, it was not actually nude.” Though the audience is being more accepting of such work, says Belinda Fernandez, Manager, Sublime Gallery, some clients still take offence. “Some of them bring their children along. So, when they see nude work, they are like ‘Oh my God’,” she says. “In India, it is all under the table. We do not accept any artwork that could be associated with religious sentiments or if it can be seen as mocking (any group).”

She adds that it depends on how an artist tackles any subject. “It depends on what aspects they have portrayed,” she says. “The artist should be able to explain the context of his/her work or if it has any meaning or social cause attached to it.”

We could recall the debate between the ‘naked’ and the ‘nude’, which was started by Lord Kenneth Clark in 1956. The naked, Clark wrote, is associated with shame and the nude is free of such readings.