Praveen Nandkumar paints to raise awareness about forest fire, its causes as well as the effect it has on the wildlife,especially elephants, on the canvas.

BENGALURU:Praveen Nandkumar’s first encounter with elephants was as a nine-month-old baby. About this and many other brushes with the animal, later on, Praveen who is now 27 years has this to say, “Since the early days that I saw them (elephants), I felt some kind of a connect. Sometimes I even feel that I was an elephant in my previous life.” 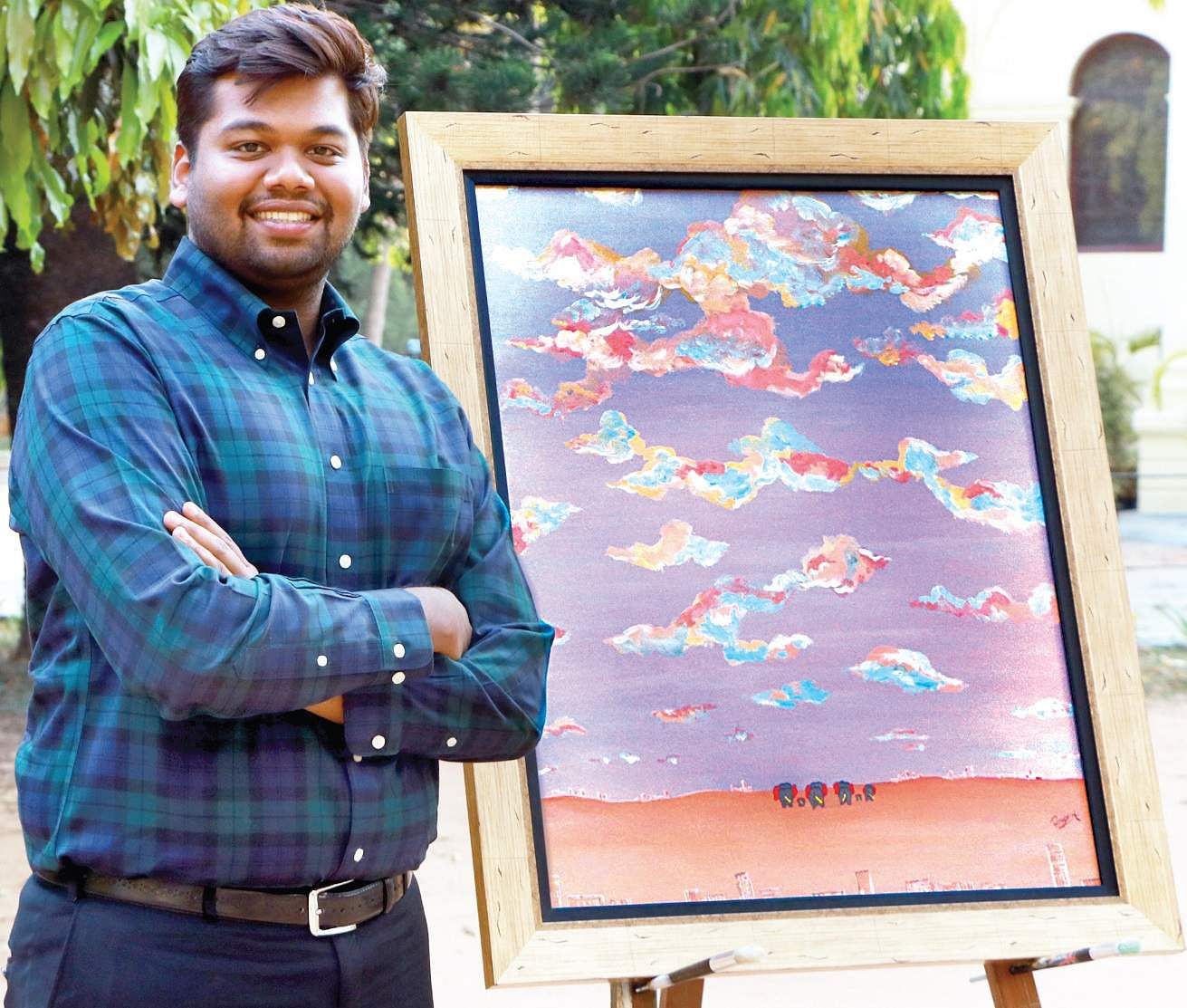 This wildlife enthusiast and self-taught painter will be showcasing paintings in an exhibition titled, ‘Love for The Giants’ at Chitrakala Parishath from April 2 onwards. It is themed on the now frequent phenomenon of human-elephant conflict.

Describing some of his paintings, he explains: “One of my paintings that will be displayed at the exhibition was inspired by a recent trip to Masanagudi. While there I experienced forest fires. I, therefore, thought about bringing forth the issue of forest fires through my paintings to ensure that people are more careful when in forests. I have tried to potray this in my painting by showing a group of elephants trapped in a fire while the smoke goes and joins the clouds,” he says.

In another painting, Praveen tries and shows the effects of urbanisation on wildlife. “Bannerghatta is one of those areas bordering the city. I have tried to show how elephants are stuck between a patch of forest and the city and the dilemmas they face, in another painting” he adds.

Praveen is a real estate developer and got into painting while pursuing his studies in the UK. “Painting and wildlife are my two passions.I have been to a number of parks and wildlife sanctuaries and draw inspiration from each trip. I am more of an abstract painter rather than a realist one. I want to bring more awareness through this exhibition and plan to organise more exhibits in future,” he says.

The exhibition will have a total of 15 paintings on canvas and in pottery. All the proceeds will go to A Rocha, India an NGO that is into conservation and studies elephants.

“I have been to Kenya and a few other places. For the exhibit, I, however, decided on a very local theme. I am a Bengalurean and so I wanted to showcase something close to home related to a subject that I love,” he says.

Praveen has been painting for six years now and this is his very first exhibition. “Earlier I would give out my paintings to my friends and colleagues in office and I am glad that my first exhibition is taking place,” he says.

Praveen counts modernist painters Pablo Picasso and Andy Warhol as his inspiration and has also participated the Chitra Santhe.