It’s a play within a play, 11 vagabonds have set sail

It is unlikely that a theatre performance that you watched yesterday will be any different the next time.

BENGALURU: It is unlikely that a theatre performance that you watched yesterday will be any different the next time. But in case of Padagu, a play by Bengaluru-based theatre group Lights Off, the scenario is as constant as change as the actors improvise and render the performance in nine languages including in gibberish. 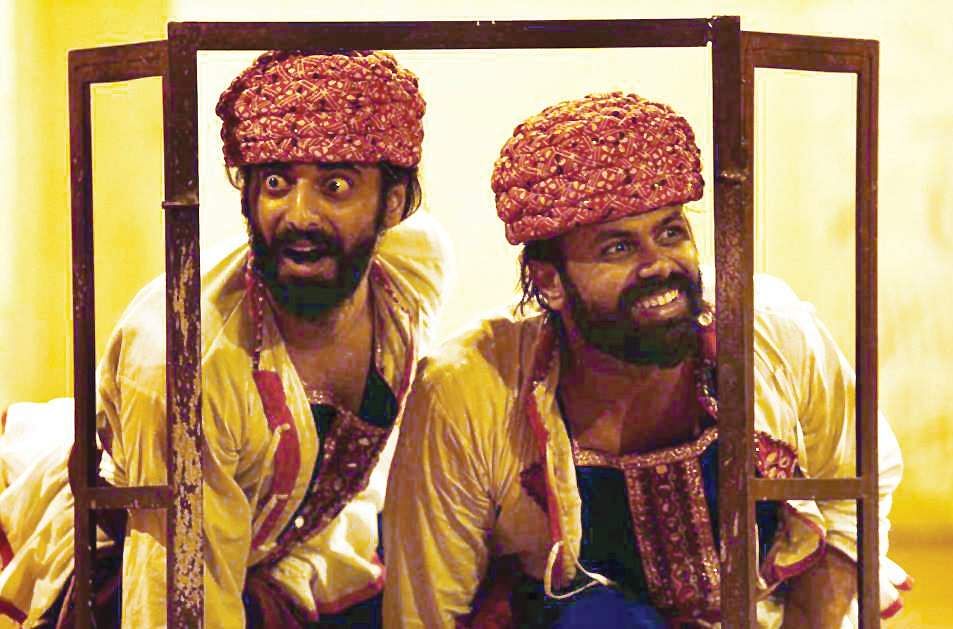 A team of 11 and seven actors play about five characters each.

Padagu, which translates to boat in Tamil, is a play within a play that revolves around the struggles of a theatre troupe to come up with stories on stage. The plot is also a story about vagabonds trying to find home. The course of action takes place as they sail on a boat. The play has no protagonist or antagonist just a lot of realizations. However, the events differ and so does the course of action.

When the play was rehearsed for the first time in Puducherry, the only dialogue to tip it off was the question- What is order? What is an idea? Siddhanth Sundar, who was one of the founding members of Lights Off in 2005, solely runs the production as of today and had directed the play titled Odyssey in 2014 that questioned “what is space?” It was curiosity, questions and innovation that shaped the two and a half hour play. As of today, around fifteen such ideas are developed.

“We began by questioning a lot of things such as what is sleep and gender. But we have had very few answers,” laughs the director Siddhanth. “Just like nature, art cannot be recreated,” he adds. “The feeling you get when you visit a place for the first time is not the same when you visit it again. So that is what art is. Even the rehearsals are different every time,” he further adds.

The group has been practicing six days a week since June. The practice started in Pondicherry and gradually moved to Bengaluru. For the past seven months the group has been rehearsing underground, bang in the heart of the city but quietly unnoticed.

From aerial aerobatics to martial arts, the group starts the practice at 8.30 in the morning that goes up to 8 or 9 at night.

Som Nayak, a 28-year-old engineer turned actor says that he developed six-pack in seven months, which he did not in a life time of gym raining.

Living Smile Vidya, a theatre artiste and a trans-woman from Chennai is playing eight characters in the multi-lingual play. “I play all women characters. I discovered my identity through theatre when I used to play the man-role. When I came out as trans, the actors and directors were hesitant to give me any part and dismissed it by saying there is no trans role to play,”  she says.

Padagu was premiered on March 4 and 5 and since its premier, the play has changed in form.

“One important aspect that I realised is that language is not a barrier. We have dialogues in Hindi, English,Kannada, Tamil, Malyalam, Rajasthani, Oriya, Haryanvi, Bihari and also gibberish. I have a monologue of about ten minutes in gibberish but yet people understand my emotions. I believe it’s the eyes that do the acting, not words,” adds Som.