BENGALURU: Ranganath G is a science teacher at a government school in Anekal, where there are 270 students and just six teachers. He believes that technology can help the school cope better with this uneven teacher-student ratio. There is e-content and computers from the government and they are “very useful” but he wishes teachers did not have to worry about downloading and delivering content.

Schools in rural areas do not have easy access to the Internet or digital content, though it is now an integral part of a student’s learning experience. Bogged down by infrastructural problems, these schools could use offline content delivery network or CDN, a depository of digital content that can be easily accessed without internet connectivity. 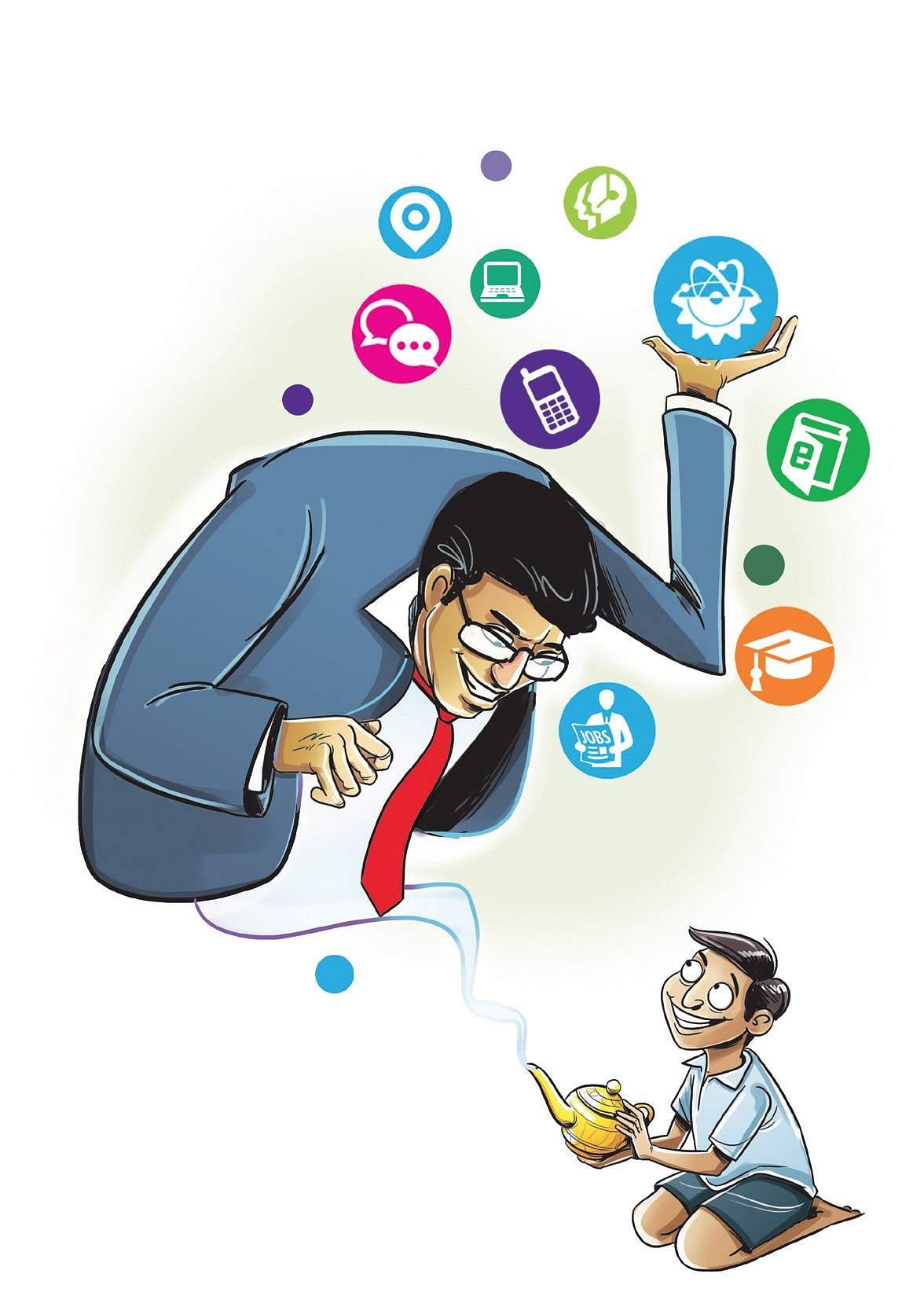 Thankfully, Bengalureans are investing in and developing this technology, and delivering it to faraway schools. With CDN, the idea is to have an offline storage network where one can easily upload any content such as learning modules and multimedia resources, be able to download the same at fast speeds and then shared by many people such as teachers at the same time. This will also make it possible for schools even in in the remotest places to learn using digital content.

“Data and Internet packs are very costly and people in rural areas would not be able to afford it. Then there is also the issues of internet connectivity, content storage and distribution. Using an offline content network can solve all these issues. All a person needs to have is a very basic smartphone or tab whereby they can download the data through wifi,” says Siddharth Munot, co-founder, Pinut, a company that specialises in making such offline content platforms.

The state has been developing e-content for schools, has data centers and established computer labs in schools. However, the large scale effectiveness of such efforts is still not known. According to the Annual Status of Education Report (ASER), 2016 conducted by Pratham, an ngo, as many as 55 percents of the schools in rural Karnataka did not have a computer.

Govt schools could use CDN

Presently, the government is thinking about establishing CDNs in rural schools. H N Gopalkrishna, director, Department of State Educational Research and Training (DSERT),  a wing of the state's school education department, says, “A committee has been formed to look into the matter and things are still in the consultation stages.”
While the government is still consulting on providing such facilities, there are some NGOs and organizations working in the field of education that are already using and deploying CDNs, in the state.

One such organisation is Meghshala that is operating in nine districts in the state. They have developed learning content for state-board students of classes one to eight for subjects such as Science, Social Science and Math in English and Kannada and a sample content in Hindi. All these can be accessed using an app. The organisation has also been training teachers in using offline content platforms and has already reached around 6,000 teachers. Ranganath, who is one of those teachers, says that “it is easier to use a mobile app and freely available,
fast content.”

Ullas Kumar, vice-president, operations, Meghashala, says, “Earlier we would put content on memory cards. It wasn’t enough and content delivery was an issue. Even if we put the content on our app, downloading was an issue. With the offline platform, such issues have been solved. One memory card serves one teacher, the content platform can cater to many teachers simultaenously,” says Ullas.

The Nandan Nilekani and Rohini Nilekani backed startup, Ekstep, is also partnering with other organizations like Akshara Foundation for offline content distribution. “Our partners can distribute their content on a large scale and in a scalable manner. Our's is a platform where others can build on,” says Jagadish Babu, COO, Ekstep.