BENGALURU: A pregnant woman was gagged and manhandled by a group of people, including women, over a property dispute on Sunday morning. The incident took place at Hosakerehalli in Girinagar. Five persons were arrested after the incident.

The victim Lakshmi (26) sustained injuries to her back. Her house was ransacked, her belongings were thrown outside and the gold ornaments she was wearing were snatched and taken away by the landlord’s son and his accomplices. When her husband’s grandmother Lingamma (68) came to the rescue, she was also allegedly pushed into a corner of the house and threatened with dire consequences.

The complainant was staying on the first floor of a rented house in Kalidasanagar since August 31, 2016 along with her husband Ravish and Lingamma. The Tumakuru natives had paid `10 lakh as advance to the owner Basavegowda (65), who later transferred the property to his son K G Mahesh. On October 28, 2016, Mahesh demanded that the couple vacate the house. When the couple asked him to return the advance money they had deposited, he refused, claiming he was not responsible for it. They contacted 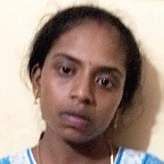 Basavegowda but he avoided the couple. Subsequently, the couple approached the court and got an  injunction order. “Around 10.30 am on Sunday, K G Mahesh, who claims to be a civil contractor, barged into the house along with a group of men and women. They threw out my belongings and appliances after gagging me. Few women from the gang later snatched gold ornaments and hit me. Later, I called my husband and when he arrived, the group left,” she said. “Mahesh would often come to the house and threaten us. Since the matter was in the court, I told him to settle the issue several times. Senior police officials were also informed about the harassment. Recently, he had come with his accomplices and created a ruckus during Lakshmi’s baby shower,” Ravish said.

“Basavegowda’s wife Chandramma would often disconnect water and power to the first floor. She, along with Mahesh, has taken lease deposit from other tenants,” he added. Mahesh and his relatives Kenchegowda, Cheluvaiah, Bhavani and Annapurna were arrested on charges of dacoity, assault on a woman and damaging property. Investigation is under way, said a senior police officer. Basavegowda is absconding.