The city has seen its share of rampant cases of child sexual abuse. In most cases, the offenders are people who are known and in close proximity.

BENGALURU: The city has seen its share of rampant cases of child sexual abuse. In most cases, the offenders are people who are known and in close proximity. What if one could collect evidence or had a way to know about advances on a child without being there and then prevent the abuse?
A simple audio device of a size smaller than a matchbox called the 'Smart Ear' made by a Bengaluru-based organisation aims to protect children from sex offenders. "A child can put the device in his or her school bag, pocket or even wear it without being noticed. It has very powerful technology that can pick up the audio even without directly being in contact from the source of the sound," says Sumant Nashik, director, software development, Safehalo, that built the device.

The device is meant to be the parents' ears in times when a child is alone whether in school, outdoors or even at home. In an event of child sexual abuse, experts point out that the victim take a long time to speak out and sometimes even years together. This is mainly because a child is not usually aware of an act being an abuse. 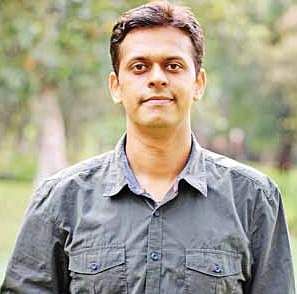 With the device, however, the child does not need to have to recount experiences. In child sexual abuse cases like the one in an east Bengaluru school in 2014 that allegedly involved a school staff, the police were not able to rely on the account of the victim, a girl in her primary class, as it was said to be incoherent. Psychologists will tell you to proceed with caution and not pressurise a child during such moments for fear that a child would go into trauma.

"The device makes sure that a child is left out from such hassles," says Sumant Sumanth says the device has four microphones with a reception that is as "as good as the ear". There is desktop or laptop software as well as a mobile app where the analysis can be done. "There are some key analytic tools that have been integrated such as gender recognition as well as recognition of certain keywords that could mean danger. The speech can also be converted to text," he adds. Another basic tool in the device is that one can recognise the position of a child, whether he sitting or walking or lying down with an accelerometer sensor. An ultrasonic transducer (converts energy into ultrasound) can also detect sounds from people around a child.

Now we are on Telegram too. Follow us for updates
TAGS
reliving child sexual abuse