Why shifting of cant metro station is curious

BENGALURU: Why has the location of Cantonment Metro Station become such a big issue? The answer is integration; Metro has to be part of the larger transport network for seamless connectivity in an ever-expanding city. With over 65 lakh vehicles, we are already at 1 vehicle for every 2 persons. The city does not need more private vehicles but an excellent public transport system that integrates various major modes of transport / commute at maximum possible locations.

Some of the benefits of integration are unified ticketing, complementary scheduling of services and fare concession on using different modes. Commuters would be encouraged to use public transport, leading to quicker evacuation of traffic on the roads and lesser air pollution.The Bengaluru Cantonment Railway Station, the oldest and third busiest railway station (seeing nearly 40,000 footfalls daily) in the city, is well-connected to bus, auto and cab routes. Roads are accessible and there is a convenient parking area. In 2014, state and central authorities had approved a metro station under the parking area opposite its main entrance. They would have, in their wisdom, considered technical and commercial factors while deciding this. 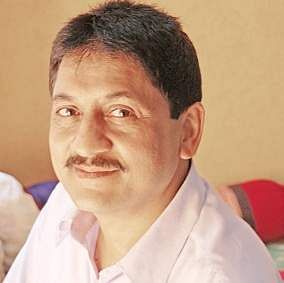 What Went Wrong ?
Out of the blue, mid-June 2017, media reports stated that BMRCL (which is a Joint Venture SPV of the State and Union Governments) has decided to shift the Cantonment Metro Station from its approved location to a playground near Bamboo Bazaar in Shivajinagar. There was a delay in getting land from the railways and the availability of the playground from BBMP free of cost. This came as a rude shock.
After media campaigns, South-western Railways or SWR announced that they were ready to co-operate for integration with Metro. BMRCL came out with a new line – the shift in location was only by 250m!  Anyone familiar with the locality would know this is untrue.

BMRCL then came up with a clutch of new techno-commercial reasons for the shift – the length of the alignment, the curvature, the depth, the cost and the travel time would all come down, with the new site, they said. But globally Metro lines have been built with this curvature and depth; BMRCL has enough resources and experience (from Phase 1) to handle these. What about the additional capex and opex to make a skywalk /tunnel with travelator (as claimed by BMRCL)? What about the cost to every commuter who has to take an auto or cab to the newly proposed site? What about the loss of over `1,000 crores on account of each year’s delay already from 2014? The approved project cost is about `25,000 crores and there is in-built 5% p.a. escalation with every delay.

What about the average 15 minutes spent by commuters to move between the two stations? The man-hours lost on account of this shift do not matter, but the 1 minute saved in travel time between Gottigere and Nagavara matters? This one minute can be easily saved by increasing the speed of the Metro trains by just 2 kmph. Finally, BMRCL decided on a social reason; they want to serve the  densely populated neighbourhood (Bamboo Bazaar) around the playground.

High-handed behaviour?
The document of BMRCL (BMRCL EIA of R6 dt. Aug 2017) to the lending banks of Europe states the Cantonment Metro Station will be integrated with the Railway Station.
No public consultation was done to decide on the shift.
Solution
Reverse decision to shift the Cantonment Metro Station
BMRCL must work for world-class integration with the railways at this station.
Provide excellent feeder  services to the people living around the playground to the three Metro Stations they will have within 1 km.
BBMP must improve the locality around the playground in consultation with the local population.

The playground is said to have been a lake long time ago. As of today we celebrate many
festivals, including Eid there. There are no other grounds nearby. It would be better if the Metro station is constructed in the initially proposed site near Cantonment station Syed Amjad, 42, resident

Many passengers commute to Nagawara and Hegde Nagar from the Cantonment station and in the auto the amount sums to `150. If the Metro station is constructed in this route, then it will be convenient and cheaper for daily commuters Harish, auto driver

I am new to the city and waiting for a cab pick-up to reach HSR Layout. It would have been better if there was a Metro station right across and I could board a metro to reach my destination Jai Kumar, visitor from Rajasthan