Their population in city is under threat from idol immersions during Ganesh Chaturthi. Nests are destroyed during their breeding season and chicks choke on plastic decorations that float up

BENGALURU: A day after immersion of Ganesha idols began in the city, Bengaluru’s wildlife rescuer Rajesh N received a distress call from residents near Ulsoor Lake reporting a trapped water-bird.
On reaching the spot, he realised that the heron was tangled in a flower garland immersed along with the idols. The heron could not escape and soon died before it could be rescued. “The bird died of strangulation and stress,” says Rajesh, adding, “trapped in a place that looked no more like as a space for birds. Ulsoor lake was once ecologically rich.” 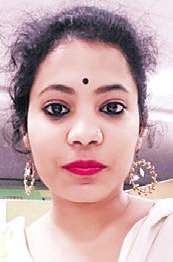 Yellappa Reddy, an environmentalist says that in 1980s there were about 40 species of waterbirds spotted in this lake and now the numbers have “drastically fallen and festivals have played a major role in the decline.” Idols and decorations crowd out their fragile nests and choke the chicks, throng of devotees stress them out and stop them from mating, and decomposed remains of celebrations poison waters of their habitat.

This year saw a sharp fall in number  of PoP Ganeshas and rise in clay idols. But immersion of any idol disturbs aquatic life, including water-birds, which are highly dependent on these lakes especially in  July, August and September. This is the core breeding season for indigenous as well as migratory birds.

“Avians such as Ringneck Parakeets, Grey Herons, Night Herons, River Terns and Warblers depend on water sources such as lake and rivers for their feed and nesting,” explains Rajesh. So, at the peak of mating season, when people crowd these spaces it has a psychological impact on the birds, says Rajesh. Water birds build nests on banks of lakes and rivers and also on low-lying trees. While it takes about two weeks for birds to build their nest, it only takes the slightest of human touch to destroy it. 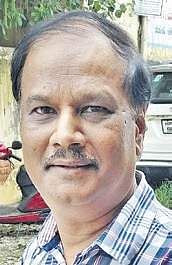 Rajesh, who has been rescuing wildlife in the city for four years now, says that water-bird emergencies are seen most during Ganesh Chathurthis. Nitish KS, who has been rescuing birds since 2015, says that many cases are reported during festivities including Ganesh Chathurthi. “When people are carrying a tall idol, it could knock down branch of a tree and bring down a nest… it destroys a habitat,” he says.

Kite festivals reportedly kill thousands of birds every year. The National Green Tribunal banned use of Chinese manja this July. The report ‘Kite Flying: Effect of Chinese Manja on Birds in Bangalore’ authored by Sharath Babu, S Subramanya and Mohammed Dilawar played a role in the judgement. S Subramanya, one of the authors, former BBMP commissioner, member of lake management committee and professor at GKVK, says that the topic is a good research point. He says that the best is to immerse idols in a bucketful of water at homes.  “That way you don’t have to travel all the way to the lakes and don’t have to worry about the harm it could be causing birds,” he says.