Even as speculation abounds over the involvement of Left wing groups in the murder of Gauri Lankesh, reformed Naxal leader Sirimane Nagraj has said that the allegations against Naxalites are baseless.

BENGALURU: Even as speculation abounds over the involvement of Left wing groups in the murder of Gauri Lankesh, reformed Naxal leader Sirimane Nagraj has said that the allegations against Naxalites are baseless and far from truth. 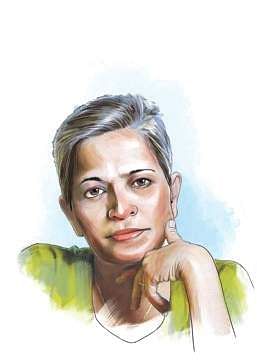 The 19-member Special Investigation Team (SIT) is probing all angles, including the possible involvement of Naxalites, as Gauri was instrumental in bringing many of them into the mainstream.
Speaking to Express, Nagraj said the Naxalites did not consider Gauri as their enemy and only those who considered her as their enemy have killed her. Nagraj, a former member of CPI (Maoist) along with Noor Sridhar (Noor Zulfikar), had laid down arms and had begun a new life. He recollected the days when Gauri spoke to the state government and arranged their surrender.

“We started off as a revolutionary movement. But upon realising that it will not help much in achieving our goal, we came out of it way back in 2006 along with many people. Some like Nandakumar were arrested and the party’s strength began to wane.

“At this juncture, the Citizen’s Forum for Peace initiated an effort to bring back Naxalies to the mainstream. This organisation had people like pontiff of Chitradurga Math Muruga Sharana, Gandhian H S Doreswamy, Dr U R Ananth Murthy, A K Subbaiah and Gauri as members. Their sole intention was to ensure that people like us should not meet the fate of Saketh Rajan, who was killed by the police in the early 2000s,” he said.

“It was Gauri who ran from pillar to post to get an assurance from the government to allow us lead a peaceful life. We surrendered in December 2014 and were given a warm reception.   Our people termed us as deserters and criticised us. But they never harmed us though they could have done so. They never thought Gauri was their enemy,” explained Nagraj.

Stay up to date on all the latest Bengaluru news with The New Indian Express App. Download now
TAGS
Gauri Lankesh mureder naxals