‘Keep that sapling away from our cars!’

Tree planters in city are facing resistance from people who want to save space for parking. There is also worry about trees falling on property

BENGALURU: The city is losing its green cover to a spreading rash of grey. Tree planting is essential but green warriors are finding resistance from unlikely quarters -- regular Bengalureans. This weekend, when RWA of Kumara Park West went on a tree-planting drive, they expected a warm welcome from residents. Instead, they were upbraided and warned off. They had gone with 200 saplings given by city corporation’s forest cell and was successful in planting only 30. 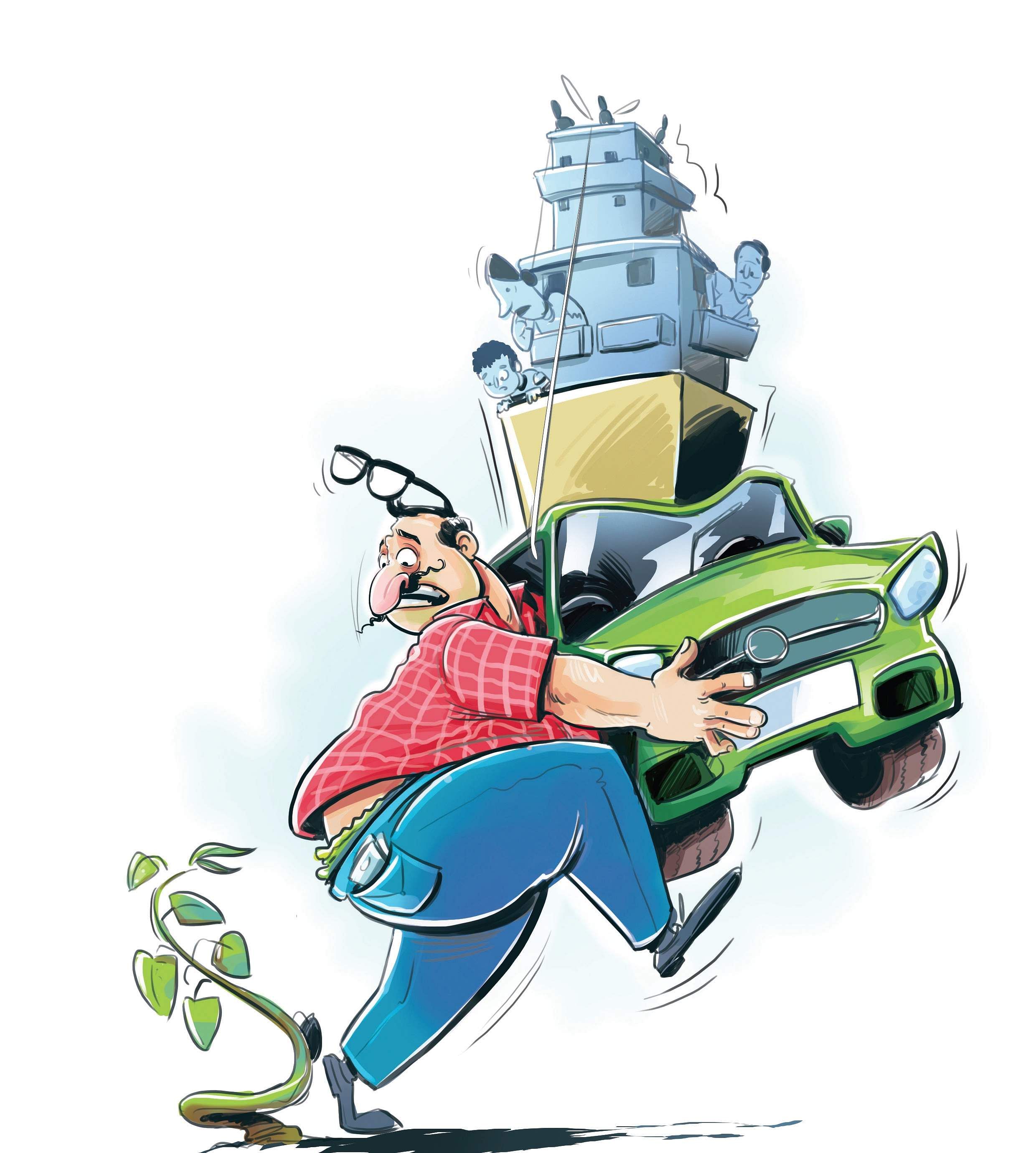 “We found that people do not want trees in front of their houses,” says Chitra Venkatesh, member of RWA. “They wanted that space to be free for parking cars. They may have a garage that can accommodate two cars, but own three or four.” Here, it is common to see private vehicles parked on footpaths and roads.
Praveen S, resident of Indiranagar, says, “Last year we managed to plant approximately 150 trees. This year it came down to 20… When we go with saplings, everyone comes and screams like we are planting a bomb there.” He adds that on a tree-planting drive, residents got an MLA to plant trees, only to have them pulled out by other residents later on.

“30 X 40 plots do not have parking slots, build homes close to the drain and cut down trees to park cars. If there are offices running out of residential homes, they need the entire stretch to park six or seven two wheelers,” says Praveen, who has been tirelessly trying to fight illegal commercialisation of his neighbourhood.

Chitra says that there is a change in behaviour. “Older residents have vacated and newer people, when they renovate or build, don’t leave a setback… it is literally wall-to-wall and they worry a tree nearby may grow roots into the foundation of their homes,” she says. Praveen adds, “Those who bought BDA sites in heart of the city in 70s and 80s know that it was mandatory to have and nurture a tree outside every house.”

Trees have also been falling over people and their property. “Many of the fallen trees have only a lifespan of 20 to 30 years and then residents dig into and around the root area, loosening it,” says Chitra. While this season has seen horrific disasters because of fallen trees, Kumara Park West’s RWA thought this was the ideal season for planting because the soil is loose and there are no worries about watering them for a while.

Residents were also angry that, with roads untarred and drainage blocked, the RWA was keen on “only trees”. “They are understandably frustrated with the general lack of civic amenities,” says Chitra.
She shows suprising patience for someone who had followed up with the corporation authorities and their contractor for the last ten days, on the tree-planting drive. The RWA was also particular that they have only native and long-lasting trees such as honge, sampige and nerale.

Ulhas Anand, founder of EcoEdu, says that people’s anxiety is giving space to planting drives is from the lack of support when the tree falls sick. “BBMP has no arborist, or tree doctor, on board,” he says. “They are more focussed on the number of pits dug, tree-guards put up or trees planted. What if the tree gets a fungal infection or roots start to rot?”