On road with Social’s dhaba-style festival

Social in Koramangala and Church Street had the perfect way of celebrating the end of the alcohol ban that had several watering holes in the city running dry for the past two months.

BENGALURU: Social in Koramangala and Church Street had the perfect way of celebrating the end of the alcohol ban that had several watering holes in the city running dry for the past two months. Their festival - NH44 - was all about food and drinks that one would find at dhabas along highways in south India. 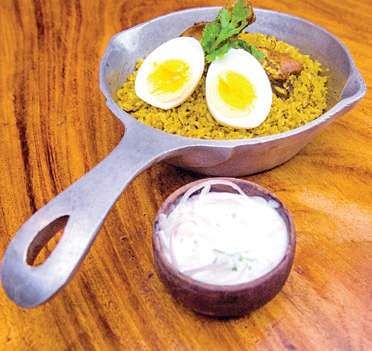 The items on the menu were limited, but had some popular names on it. We started the meal with the Magic Mushrooms and Social Chicken Sukka. Both dishes were low on spice and high on flavour, making them the perfect accompaniments with your drink. We paired it with the Tanker LLIIT, which comes in a long, cylindrical glass, and one of these can keep you going for some time, as it is quite strong. We tried the Luru Prawns and Red Hot Chilli Babycorn. Both the dishes were spicy, especially the prawns that had an overwhelming flavour of chilli powder - definitely reccomemded for those who have a high spice tolerance. One cocktail that we particularly enjoyed was the Bhayanak Thandi Beer - a shandy of sorts which helped wash down the spicy starters.

We really wanted to give the Banarasi Patiala a try - a sugarcane juice based cocktail - which was unfortunately not available that day. The Tenderloin Roast - which is basically like a Kerala beef fry - was good and had plenty of coconut bits to make it feel authentic. The Mackerel Masala Fry was also on point in the flavour department. They also had some Social classics on the drinks menu, such as Dawa Daru and Pauvas.

For the main course, the festival had three thali options - fish, chicken and vegetarian. We tried the ‘special’ on the main course list - Ramesh Anna’s Chicken Chettinadu Biryani. The biryani was actually very good. The mildly-flavoured rice was comforting, and had a very home-cooked feel to it, making it our favourite dish on the menu. All in all, the concept of the festival was refreshing and gave us that feeling of driving down a highway and stopping for a meal at a local dhaba. However, this festival had limited options for the vegetarians, but gave meat lovers enough to want to come back for more.
The festival ended yesterday, and the prices of the dishes starts at as low ` 100.