From cooking a special vegetarian feast with local produce in Bengaluru for Prime Minister Narendra Modi, to serving up sizzling Southie deliciousness to the likes of Raj Kapoor, Dilip Kumar and Rajin

BENGALURU: From cooking a special vegetarian feast with local produce in Bengaluru for Prime Minister Narendra Modi, to serving up sizzling Southie deliciousness to the likes of Raj Kapoor, Dilip Kumar and Rajinikanth, Chef Bhaskar Rao has done it all in his culinary journey. 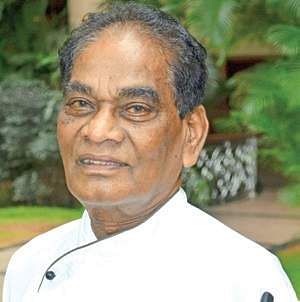 “Podi idli and masala vada were included in the ensemble served to the Prime Minister. I hope he liked it,” chuckles Bhaskar. Raj Kapoor enjoyed chicken and mutton fry, informs Bhaskar. “He had come to the Savera Hotel in Chennai for a film festival,” recalls the chef. The hotel is one of the most famous and oldest hotels in Chennai. Bhaskar had served some Kodi vepudu and Mamsam vepudu to the filmstar. Back then, Rajinikanth was a regular at the hotel, says the chef. “He would come daily to have fish and chicken curry. He would request us to serve him the food made for the staff at the hotel,” he says.

Called the “Anna Chef” by the kitchen team in The Leela Palace, Bengaluru, Bhaskar’s experties lie in Andhra, Tamil Nadu, Karnataka and Kerala cuisine. His passion for food began when he moved to Chennai as a young boy and was working as an apprentice. Bhaskar is very particular about using fresh ingredients in the restaurants. “Guntur chillis are his favourites. I can sense that he is upset we replace those with Kashmiri chillis in our dishes,” says executive Sous Chef at The Leela Palace, Dominic Gerard.
Those who work with Bhaskar inform that the chef does not appreciate the use of pickled ingredients and insists on the use of fresh produce. The chef’s expertise are at display at the ongoing Andhra food festival.

Under chef Bhaskar Rao, Jamavar at The Leela Palace, Bengaluru, is currently hosting “Aromas of Andhra” food festival with authentic dishes from Rayalaseema, Coastal Andhra and Uttara Andhra until September 20.