Referred to as ‘Sher Shah’ (Lion King) in the intercepted messages of the Pakistan Army, Indian Army officer Captain Vikram Batra, PVC was posthumously awarded with the Param Vir Chakra for valour, fo

BENGALURU: Referred to as ‘Sher Shah’ (Lion King) in the intercepted messages of the Pakistan Army, Indian Army officer Captain Vikram Batra, PVC was posthumously awarded with the Param Vir Chakra for valour, for his actions during the 1999 Kargil War in Kashmir. Documenting the life of the martyr is Deepak Surana’s book ‘The Shershah of Kargil’. 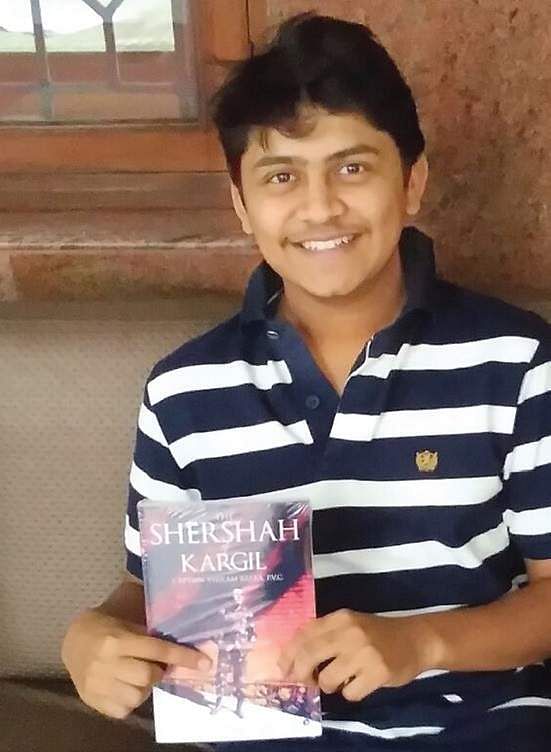 Deepak has been fascinated by the army since a kid. His toys were plastic guns and plastic soldiers. While growing up he came across a few videos of Captain Vikram Batra and was instantly attracted to his life. “Last year I went to his home in Palampur, Himachal Pradesh and had the privilege to hold his Param Vir Chakra medal. This has been awarded only to 21 bravehearts so far,” says the 21-year-old.
Holding it gave Deepak goosebumps. “I thought that I had to do something to immortalise the name of Captain Vikram Batra, hence the idea of writing a book came to mind,” says the BBA graduate from The St Joseph’s College of Commerce who is planning to join the army next year.

So, is there something that Deepak knows about Batra that not many know? “He had once told his comrade Sanjeev Jamwal that if he were to die in battle, his twin Vishal would take care of his parents,” says the almunus of Bishop Cotton Boys School.

The book has been written based on Deepak’s conversations with Batra's family, friends and comrades. He travelled to Delhi, Punjab and Himachal Pradesh to meet them. “I also went through letters written by Captain Batra to his family and friends. Around 30 people close to him, including army officers and jawans were contacted to write this book,” he says.

It was tough getting through to a few highly ranked officers, says Deepak. “However when they learnt about my endeavour to write a book on Captain Batra they very readily shared many things,” he adds. The writer confesses that there were times when he broke down while writing few parts in the book, especially the last battle. Deepak also reflects on Batra's love life in the book and informs that he was quite romantic.
“The woman he loved hasn't married yet. She wishes to spend her life with his memories. That’s rare in the modern world,” says Deepak.