‘Minimum standards are not followed’

Bengaluru is a dangerous city, particularly for pedestrians, as they account for more than 38 per cent of people who get killed in accidents.

Bengaluru is a dangerous city, particularly for pedestrians, as they account for more than 38 per cent of people who get killed in accidents. While there are no proper and adequate footpaths in the urban areas of Bengaluru as per Indian Roads Congress (IRC) specifications, BBMP also plans unfriendly footpaths, adding to the problems. As per IRC standards, the minimum width of a footpathshoul be 1.8mt, whetherpedestrians walk or not. Footpaths up to 3 mt wide are recommended where pedestrian density is more, like near malls, shopping complexs, theatres, etc. 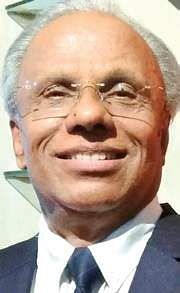 Even though footpaths are built, the condition of the surface is pathetic -- broken and unevenly placed slabs,broken and unmarked kerb stones, improper lighting, presence of huge trees, street hawkers and vendors occupying the available width of footpaths, etc., which is forcing the pedestrians to use the road, inviting accidents.

The unscientific and badly planned locations of skywalks  is also a matter of concern. BBMP appears to be concentrating on the financial model by getting revenue through advertisement boards rather than concentrating on the utility of these structures. Further, the absence of lifts or escalators and unprotected roofs for these structures are other reasons why people abandon the use of skywalks. Similarly, all underpasses are infamous for illegal activities.

Out of about 14,000 km length of Bengaluru roads, the footpaths on either side is expected to run a length of around 28,000 km. However, not even 30 per cent of roads have safe and adequate footpaths in Bengaluru. The latest TenderSURE roads are more focused on giving quality footpaths but in an unscientific way as roads are narrowed down and footpaths are used for two-wheeler movement and parking.

The pavements in residential areas are in pathetic condition, except in a few localities like Jayanagar , Indiranagar and the central business district where influential people live.Scientific, adequate and functional footpaths arel the need of the hour with proper illumination and levelled surfaces as well as with safe crossing.The agencies concerned must work towards this as it is legally mandatory to provide safe walkways for pedestrians.

(The writer is adviser to Karnataka government on traffic, transport and infrastructure)